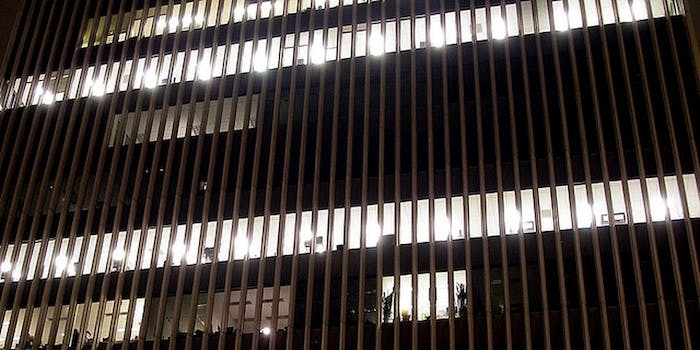 Will CISPA lobbying in the wake of PRISM cost IBM billions?

Since the National Security Agency’s online surveillance program PRISM was revealed in early June, Americans have had an uneasy relationship with Silicon Valley. Now, one group of IBM shareholders is suing the tech giant, alleging that the company’s ties to the program cost shareholders billions.

The lawsuit, filed by the Louisiana Sheriffs’ Pension & Relief Fund, claims that the company did not adequately represent the risks of its ties to the NSA. And, as Reuters reported, the suit claims those risks proved real when PRISM was disclosed and China backed away from the company.

The plaintiffs assert that due to the PRISM revelations, software sales in China fell 22 percent while hardware sales fell 40 percent. And according to Reuters, in the months after PRISM, IBM’s revenues fell 4 percent. Shares meanwhile fell 6.4 percent by October 17, costing investors more than $12 billion.

IBM was not one of the companies named in Snowden’s documents for participating in the PRISM program. It’s exact involvement with the NSA, if any, is unclear.

Instead, the lawsuit alleges that IBM put investors at risk by lobbying for legislation, known as the Cyber Intelligence Sharing and Protection Act, that would allow them to share their international customer data with the NSA.

According to Reuters, their interest was not surveillance, but intellectual property rights which would also be protected by the law. The Louisiana Sheriffs’ Fund is arguing that this lobbying, given the PRISM revelations, was an exceptionally risky endeavour.

IBM called the lawsuit a “wild conspiracy theory… Starting from this fictitious connection between CISPA and PRISM, the complaint proceeds to make numerous specious and false accusations.” The company added that “even a cursory reading of the legislative proposal, known as CISPA, makes clear that it has nothing to do with the recently disclosed NSA surveillance program.”

Indeed, it seems unlikely the lawsuit will succeed. But, with the economic damage of NSA spying to Silicon Valley tech companies estimated in the billions, this may be only the first of many suits to come.