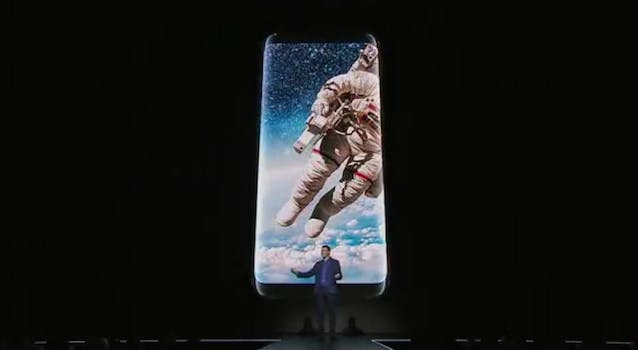 Before you preorder a new Samsung smartphone, you should consider these issues.

Samsung official announcement of the Galaxy S8 and S8+ Wednesday in New York City was met with immediate hype, and it’s already available for preorder. But before you consider locking down one of the new phones, here are five issues that you should seriously consider. (If you’re curious about the other side of the coin, you can see our accompanying list of Galaxy S8 selling points here.)

We’re not going to tell you how to react to the fiasco surrounding Samsung in the last few months. Some people won’t ever buy another phone from the company, while others will be more than happy to offer a second chance. Both reactions are completely understandable. But the fact remains: Samsung is the only major smartphone manufacturer to issue a mass recall on one of its devices for exploding batteries.

The general consensus (and my own opinion) is that while Samsung may have been slow to react to initial reports, it offered a satisfactory amount of transparency and took the correct steps to mitigate the issue, despite the toll it may have taken on its brand.

Samsung has apologized and repeatedly claimed to have learned from its mistakes, but the decision to grant the company a second chance is entirely up to you.

Getting rid of the home button was a logical step toward making the display as compelling as it appears. But there is one strange, seemingly lazy, decision that stands out: The fingerprint sensor is right next to the camera.

Anyone who has owned an LG smartphone in the past few years has probably had to wipe down the glass covering their camera lens a few times. That’s because the camera was situated right above the rear power button and volume rockers. Samsung at least gives the fingerprint sensor its own spot on the back of the device, but we’d argue it’s in the wrong place.

Without getting analytical about natural finger resting positions or the effects a fingerprint can have on a photo, we’d like to make one simple suggestion: Keep the unlock button far away from the camera (see Nexus 6p, Pixel). Sure, you’ll probably learn to position your finger correctly, but you’ll also probably forget every now and then, and that could end up being extremely frustrating.

There is no questioning the beauty of the Galaxy S8. Now consider whether the emotional toll (and price) of seeing it shatter is worth the cost of said beauty. Remember when the iPhone 4 was released and everyone found out how easy it was for the glass to shatter? Then everyone started lugging around an Otterbox in fear of being the next victim? Well, we’ve somehow found our way back to that dreaded era after a string of perfectly practical aluminum devices.

It’s hard for me to come up with a solution that keeps the beauty of the phone intact. I’d normally advise folks to protect their new phones until they apply a glass screen protector to the front, but a quick search for “Galaxy S7 glass screen protector” on Amazon appears to show that a curved display can be problematic. Finding a decent one for the back of the device isn’t exactly straightforward, either.

This leaves two options: Mar one of the most gorgeous phones around with a case, or cherish it as though it were a bubble you can’t let pop.

4) Touchwiz is improved but still not pure Android

We know Samsung is bringing a few OEM-specific treats to the table, like Bixby and a couple of in-house apps. But the entire Galaxy S8 announcement was surprisingly devoid of the word “Touchwiz.” For those who aren’t familiar with the mostly dreaded term, Touchwiz is the custom skin Samsung puts on top of the perfectly functional Android operating system.

Could it be that the Galaxy S8 and S8+ run on stock Nougat? Of course not.

Samsung will be bringing its own UI to its new smartphones. It appears to be a serious improvement over earlier editions of Touchwiz from what we can see in screenshots. The fairly harmless Edge panel is now a permanent fixture, while Secure Folder, Game Launcher, and Samsung Pay all make a return.

Who knows, maybe Samsung’s new interface is even an improvement over what you’d find on the Google Pixel. Just don’t hold your breath.

5) The competition is heating up

The Google Pixel and iPhone 7 Plus are still excellent devices, while LG with its G6 is more competitive than ever. HTC may have just launched a dud with its U Ultra, but it still has the tentatively named HTC 11 to look forward to. Chinese companies are offering devices that perform well past their price tag, and then there is the upcoming iPhone everyone is talking about. The point is, smartphones are in a really great place, and the Galaxy S8 isn’t the only device to choose from.

There are excellent options for those who don’t want to spend nearly a grand for their device or perhaps need something they can toss around without worry. Samsung made a compelling argument Wednesday, but it’s one that won’t match every case.

Don’t write off Samsung just yet: Here are five reasons why you should buy the S8.