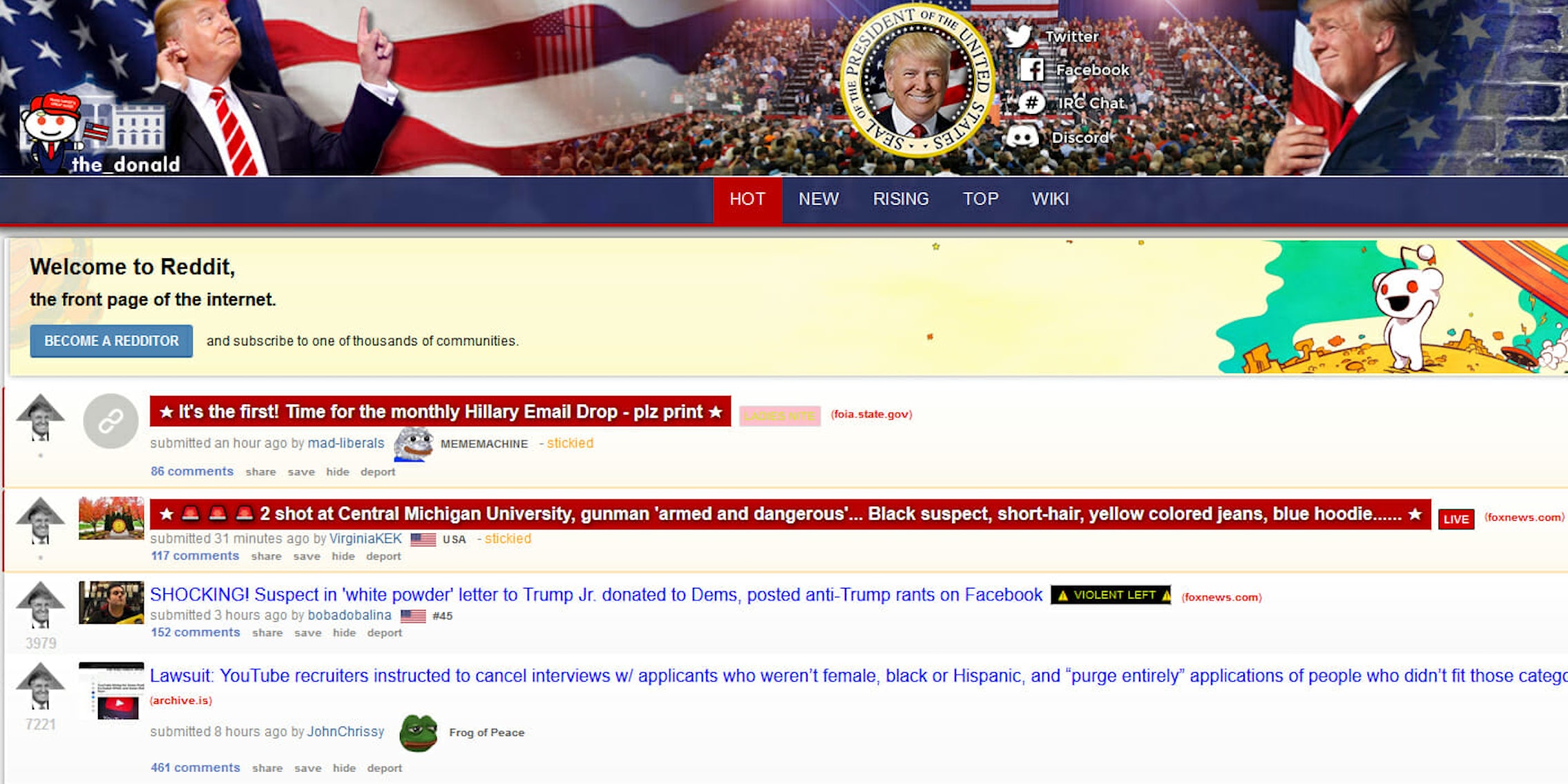 Trolls from Russia intent on spreading misinformation during the 2016 election put content on r/The_Donald, a notorious pro-Trump subreddit, and Tumblr, according to a new report.

Reddit and 9Gag did not respond to the Daily Beast’s request for comment. Oath, the parent company of Tumblr, said “any abuse of our services is deeply concerning” to them.

Tumblr has come under fire in recent weeks after it was discovered that trolls used the website to sow discord—much like they did on Facebook, Instagram, Twitter, and Google—by posing as Black activists and trying to pit supporters of Hillary Clinton and Sen. Bernie Sanders (I-Vt.) against one another.