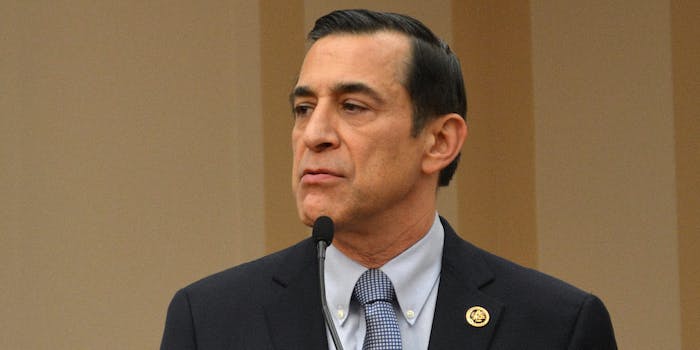 Republicans had nothing to say last night.

Due to a series of escalating events, Republicans in Congress are stuck when it comes to President Donald Trump.

The initial belief, when he was inaugurated, was that Trump could be an avatar for the party, and that they’d have no problem pushing through the agenda they wanted, with Trump rubber-stamping it from the Oval. But as an increasing amount of drama emanates from 1600 Pennsylvania, members of the party are stuck trying to balance supporting a president they voted for and placating constituents who are starting to turn against him.

So when the news broke of a memo that former FBI Director James Comey wrote that implicated the president in possibly impeding an investigation into his administration, congresspeople on the right clammed up.

I attempted to ask @SpeakerRyan about the New York Times story in the Capitol. He tapped me on the arm and said hi, and kept walking.

Ryan did, for his part, issue a statement today saying Congress deserved to have complete information about the Comey matter.

House Speaker Paul Ryan said 'We need the facts' and 'There are a lot of unanswered questions' in the Comey matterhttps://t.co/Of13Y3rqdw

Republicans were even refusing to go on every politicians’ favorite medium, TV.

But the prize may go to Rep. Darrell Issa (R-Calif.), who has been known to blow off reporters before.

I just asked @DarrellIssa abt the Comey news and he flicked me off — literally gave me the middle finger — and kept walking. Said nothing

I respect @rachaelmbade and worked with her for years. I know she must have seen or heard something to believe this happened, but it didn't

Some Republicans did speak up this morning, with Rep. Justin Amash calling Trump’s actions possibly an “impeachable offense.”