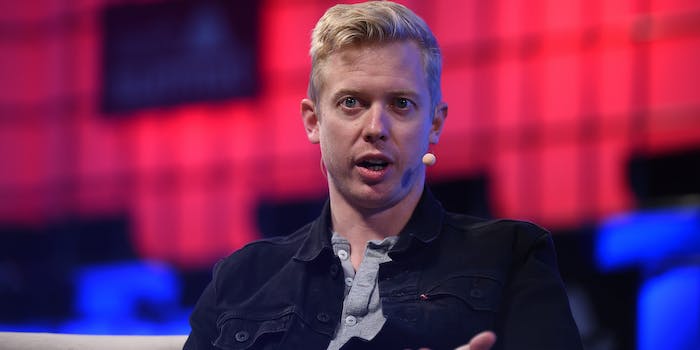 Reddit has not shared Russia findings with Congress, sources say

Lawmakers are encouraging social platforms to submit their findings.

Following a statement made on Monday by Reddit CEO Steve Huffman that the platform was “cooperating with congressional inquiries” into Russia’s 2016 election interference, insiders say that the company has in fact provided minimal information to the investigation.

The Daily Beast reported on Wednesday that Reddit has not produced any documents or data to either the House or Senate committees on the extent to which Russian influencers managed to utilize its platform, despite that in Monday’s announcement its CEO publicly acknowledged the presence of Kremlin-affiliated accounts on its platform.

Without providing detail on the internal investigative processes that verified the rogue users, Huffman, under his username Spez, told users that the company had “found and removed a few hundred accounts” suspected to be linked to disinformation and propaganda efforts.

“Reddit has been mentioned as one of the platforms used to promote Russian propaganda,” he wrote. “As it’s an ongoing investigation, we have been relatively quiet on the topic publicly, which I know can be frustrating… We take the integrity of Reddit extremely seriously, both as the stewards of the site and as Americans.”

Despite these claims of having identified Russian propaganda efforts, Reddit has yet to produce anything to congressional investigators, according to “knowledgeable sources” who are “familiar with the committee-company interactions,” the Daily Beast reported.

Lawmakers sitting on the committees have been encouraging social media companies since September to engage by turning over any relevant information or data that might help them understand how the Kremlin worked via fake personas and proxies to wage disinformation and propaganda campaigns during the 2016 presidential election.

“We hope and expect Reddit, Tumblr, and other companies to thoroughly research both paid advertising and organic content that can be traced to Russia’s disinformation campaign and to provide that information to the Committee,” Rep. Adam Schiff (D-Calif.), the leading Democrat on the House Intelligence Committee, told the Daily Beast.

“I have repeatedly urged the social media companies to share data among themselves and prepare a joint report for the committee on how these platforms were used interchangeably to reinforce the Russian messages, and I continue to hope that they will do so,” he continued.

When the publication approached Reddit for comment on Tuesday regarding its working with congressional committees, a spokesperson for the company referred the reporters several times to Monday’s statement by Huffman.