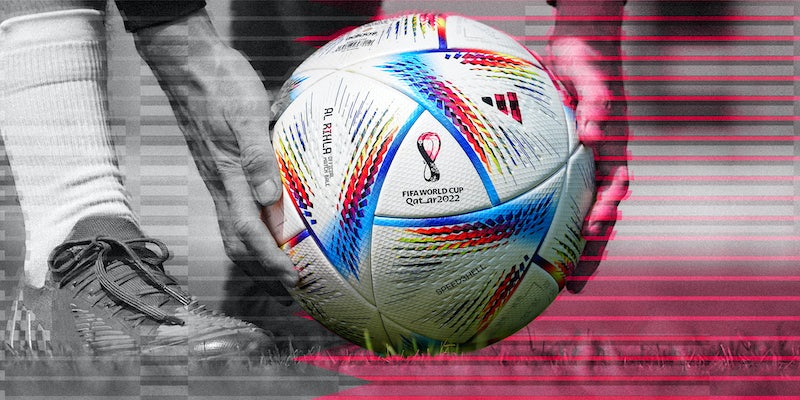 A digital crackdown is underway in the nation.

With less than two months until the FIFA World Cup, Qatar has been busy finalizing the infrastructure needed to make the most world’s watched sporting event a global success.

From getting arenas up to speed to sorting out countrywide transportation and logistical glitches, Qatari authorities worked tirelessly to ensure that nothing untoward transpires during the mega event.

But the beautification effort for the cameras is happening alongside an unpublicized, behind-the-scenes digital effort, to cleanse any online objection to the state’s notorious human rights’ violations.

Multiple activists informed the Daily Dot that Qatari authorities are targeting online dissent in an effort that used a number of techniques to silence voices, including attempting and succeeding to hack into the digital accounts of local dissidents.

Those still living in Qatar fear retribution and aren’t willing to narrate their plight on record. Even those who managed to escape the country also have concerns over potential blowback for their friends and family at home for even discussing the campaign.

“Qatari authorities are using complex tools to keep tabs on all the citizens through mass surveillance,” Khalid Ibrahim, the executive director of the Gulf Center for Human Rights (GC4HR), told the Daily Dot.

“If any Qatari citizen uses any means of communication technology, whether the social media or telecommunication networks to criticize the state, the authorities will take them away the next day. The state crackdown has significantly increased ahead of the World Cup, especially for the marginalized communities in the country,” Ibrahim added.

Qatar, like other countries that codify sharia, incorporated Islamic law in its cybercrime legislation, which means “crimes” committed in the digital realm, using modern-day technology, are penalized under antediluvian religious codes. This results in laws banning homosexuality and dissent of Islam, the death penalty a looming punishment for any expressions deemed sacrilegious, including those on the internet.

Today, these communities are the ones speaking out the loudest against Qatar. It also makes them targets of the state’s digital crackdown, subjected to many of its hacking attacks.

“There is absolute ban on groups like the LGBT and atheists, and Qatar is persisting with its policies despite the fact that it is hosting a world event,” Ibrahim said.

Qatar is also trying to silence anyone in the country who speaks out over its World Cup construction, where it spent a decade rushing to complete stadiums that were built on the backs of abused migrant workers.

Qatar, which also criminalizes criticism of the royal family and the monarchy, deployed the state machinery to crack down on whistleblowers revealing abuses linked to World Cup preparation.

In 2020, Qatar passed an Amiri decree to amend the penal code, mandating prison sentences for anyone who broadcasts or publishes “false or biased rumors, statements or news” including in the digital realm.

The decree, which leaves the determination of “false” and “fake’” to state authorities, increased online censorship and the targeting of state critics.

“Such laws are used to increase state surveillance and hacking of pages that underlined human rights issues. Four years ago, a popular Facebook page, ‘Corruption in Qatar’ got 30,000 likes in a few hours as it exposed the corruption of the state and the royal family ahead of the World Cup. The very next day the page was hacked, its name was changed and it was transformed into a propaganda page for the state with praises for the royal family,” Ibrahim said.

A Kenyan security guard, Malcolm Bidali, was targeted in a phishing attack last year for anonymously writing accounts of underpaid laborers in the country.

While such tactics silence Qataris and prevent them from speaking out, some activists are braving potential backlash. Among them is human rights activist Abdullah al-Maliki, who has exiled himself in Europe as he faces the potential death penalty in Qatar for openly criticizing the government in an Al-Jazeera interview.

Al-Maliki too has been a victim of Qatari phishing attempts.

“Hackers affiliated with the state send links to my Twitter account hoping I would click on them and have my account compromised,” al-Maliki said to the Daily Dot. “They have increased their hacking efforts since 2021. Many of my fellow human rights activists in Qatar are being targeted as well.”

Al-Maliki organized protests in Munich against the Qatar regime’s hacking maneuvers. He has also been using social media to spread awareness about Qatar’s clampdown on human rights, including the growing curbs on digital rights.

“I use Twitter Spaces to connect with other activists and share the perspective from Qatar and help spread awareness,” al- Maliki said, who recently hosted “Defending the Kidnapped in Qatar” to highlight the cases of missing Qatari citizens.

Prominent among them are Abdullah bin Ahmed Bu Matar Al-Mohannadi, Saud bin Khalifa bin Ahmed Al-Thani, and Issa Mardi Juhaim Al-Shammari, the founders of the “National Campaign for Travel-Banned Citizens,” who have been missing since July 21.

Those not forcibly disappeared are incarcerated, such as activists Hazza and Rashed Ali Hazza Salem Abu Shurayda, who along with Mohammed Rashed Hassan Nasser al-Ajami in absentia, were sentenced to life in prison for protesting against last year’s election law. At least 21 such dissenters have been arrested for questioning such laws and the state’s clampdown on human rights, including mass surveillance of activists.

With state clampdown increasing as the World Cup approaches, the obvious question is over the digital rights of the expected million visitors to the country for the event. GC4HR Executive Director Ibrahim says anyone traveling to Qatar should know that their devices could be under surveillance.

“The Qatari state is monitoring everything online—from social media activity to phone calls. They have the tools to control anything and everything on the internet,” he said.

Rights activist al-Maliki says he and a few of his fellow human rights defendants are planning digital protests coinciding with the World Cup to underline the Qatari regime’s digital abuses.

“The criminal dictatorial regime of Tamim Hamad Al Thani, supported by his corrupt gang, needs to be brought down. Only a democracy can protect human rights and digital rights [in Qatar]” al-Maliki said.