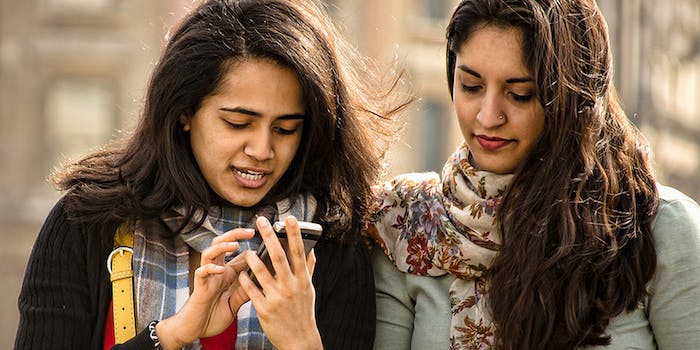 Pplkrp uses biometric data to tell you who your friends are

Your heart rate is a bigger giveaway than you might think.

Between work, school, friends, family, and everything else, there just isn’t enough time. So why waste it on people you don’t like?

That’s the premise of pplkpr, pronounced “people keeper,” a new app and wearable that encourages its users to think twice about the people they choose to spend their time with. 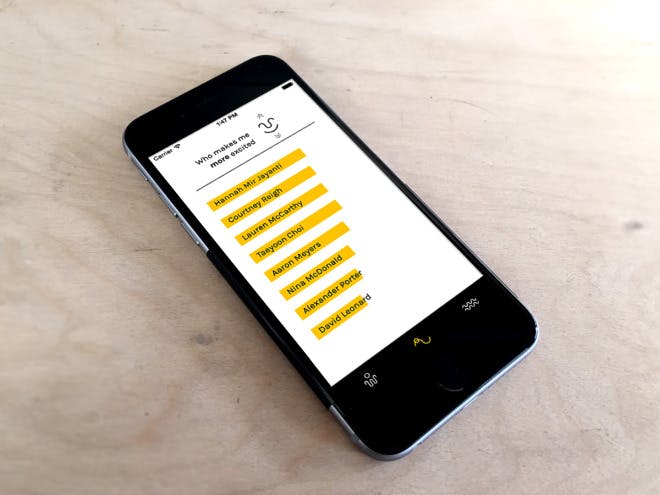 The bracelet includes a heart rate monitor equipped with GPS that uses Bluetooth to connect with the free app. The wristband keeps track of your heart rate, focusing on the times when you’re with people. After an interaction, visit the app (which can be configured to your Facebook account to get a list of your friends) to manually input information about who you just spent time with.

Over time, the algorithm will detect the beneficial relationships in your life and which ones are more toxic than others. Co-creators Lauren McCarthy and Kyle McDonald developed the product in residence at Carnegie Mellon University’s Studio for Creative Inquiry and tested it on a group of students there. One user reported being surprised by how she reacted to people who made her angry, making her consider whether she really needed to be around them.

But pplkpr isn’t setting out to dictate relationships. It just wants to add a layer to your connections, giving you a way to understand how you can control your emotions through social interactions.

“We have a pretty good feeling for how well something went online,” McDonald said in a video. “But in person we just don’t do it.”

Pplkpr is programmed to work with the Mio Link and Mio Alpha wristbands, which range from $99 to $169 on their website. Those without the wristband can also input information manually, and the app will still detect patterns to tell you which people make you feel your best and worst.

An argument could be made that a little self-reflection should be enough for us to determine who we should be friends with—after all, we’ve gotten this far, right? But devices such as pplkpr that make sense of our biometric data could add a layer of insight that we might be too busy to realize. The wearable market has been able to step in, creating ways not only to keep track of our fitness, but to control our stress levels and alter our moods so that we’re in complete control of our minds and bodies at all times.

Besides, if you’re ever not in the mood to hang out with someone, you now can use an app as a legitimate excuse.

Photo by Garry Knight/Flickr (CC BY 2.0)