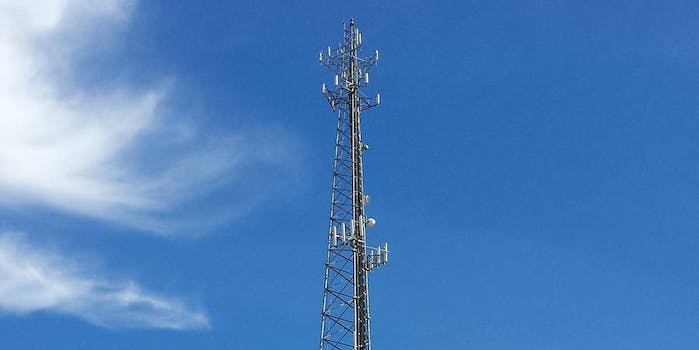 This is the fourth appeals court to rule this way.

Police officers can demand a cellphone’s location data from a wireless company without getting a warrant, a federal court ruled Tuesday.

The U.S. Court of Appeals for the Fourth Circuit declared that Americans have no reasonable expectation of privacy for so-called “cell-site location information”—records of where phones have been based on their contact with cell towers—because they voluntarily share those movements with their wireless carriers as a condition of their contracts.

Because the Supreme Court has said that the Fourth Amendment does not cover “information [someone] voluntarily turns over to [a] third part[y],” the appeals court, by a vote of 12 to 3, concluded that the government had not violated the Constitution in acquiring two robbery suspects’ phone location data without a warrant.

“The Supreme Court may in the future limit, or even eliminate, the third-party doctrine,” Judge Diana Motz wrote in the majority opinion. “Congress may act to require a warrant for CSLI. But without a change in controlling law, we cannot conclude that the Government violated the Fourth Amendment in this case.”

Federal appeals courts in Louisiana and Atlanta have previously ruled that cell-site location information can be obtained without a warrant. A federal appeals court in Ohio came to the same conclusion in April. Privacy activists were hoping that a ruling in their favor here would prompt the Supreme Court to consider the issue, something it rarely does unless appeals courts have issued conflicting rulings.

“Because months’ worth of cellphone location data can reveal extraordinarily private details of a person’s life, the right way to protect people’s privacy interest in that information is to require a warrant,” Nathan Wessler, a staff attorney at the American Civil Liberties Union’s Speech, Privacy, and Technology Project, said in an email. “The Fourth Circuit’s decision is not the last word on this issue. Other appellate courts will surely address these questions soon, and the Supreme Court may well need to weigh in.”

Andrew Crocker, a staff attorney at the Electronic Frontier Foundation, said the ruling relied on “a strained definition of what it means to ‘voluntarily’ give information to third parties.”

“The use of a cell phone is all but a necessity in today’s world, but the court sidesteps any consideration of the realities of how people use this technology and of how long-term location tracking can reveal the intimacies of people’s lives,” he said in an email.

David Gray, an expert on surveillance law who teaches at the University of Maryland, said in an email that the ruling amounted to “an effective license for government agents to conduct exactly the kinds of broad and indiscriminate searches that are anathema to the Fourth Amendment as it would have been understood in 1791.”

A three-judge panel of the Fourth Circuit court previously ruled in this case that the government did need a warrant to obtain Americans’ data from third parties, applying what is known as the “mosaic theory” of interpreting the landmark Supreme Court cases in this area. But the government sought a review of that decision by the full court, and on Tuesday it reversed that conclusion.

Decisions of the Fourth Circuit appeals court, which is based in Richmond, Virginia, are binding in Maryland, North Carolina, South Carolina, Virginia, and West Virginia.

Gray predicted that the lack of a circuit split wouldn’t prevent the Supreme Court from wading into the fray.

“The constitutional status of CSLI is in urgent need of clarification,” he said. “Although the Court may not be ready to take the issue up for its own reasons, I do not think the absence of a circuit split is stopping them.”

Correction: This is the fourth appeals court to issue this kind of ruling. Updated to reference two other rulings.