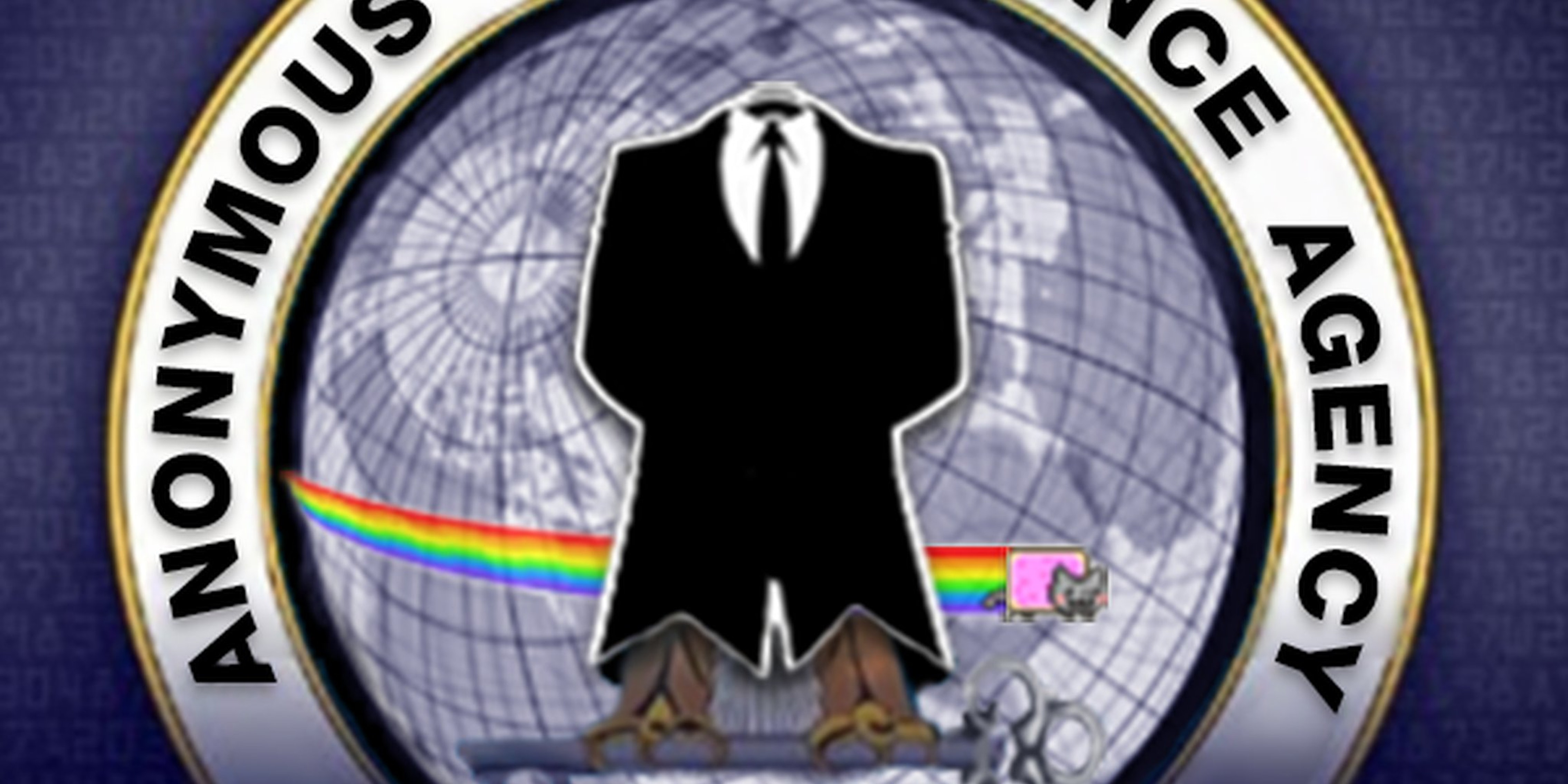 Paranoia is reputed to destroy you. But if you’re a whistleblower in search of a safe, neutral outlet, it just might save you instead.

Par:AnoIA, short for Potentially Alarming Research: Anonymous Intelligence Agency, is a website designed to collect leaks, allow project participants to work on them, and release them in a way that draws the attention of the public. The Releases section of the site, for example, currently features 1.9 gigs of information from American intel corporation Innodata.

The leaks site developed in part by necessity. WikiLeaks’ touted anonymous submission system has been offline for a year. OpenLeaks never materialized. And Cryptome is… Cryptome, meaning it neither edits nor markets its documents to the public at large.

Simply put, if WikiLeaks is a PR agency for documents and Cryptome is a leak dissemination site, Par:AnoIA aims to have the best of both. Launched in March after a year and a half of development, the site picks up where Anonleaks.ch, an earlier Anonymous leaks site, left off—literally. (Par:AnoIA currently hosts HBGary documents, which were inherited from Anonleaks.ch.) Following a July profile in Wired’s Threat Level blog, it’s suddenly the hottest disclosure site still up and running. More recently, Par:AnoIA published the private information of 3,900 members of the International Pharmaceutical Federation, and a pile of documents related to the Cambodian government, a move dubbed Operation The Pirate Bay.

The Daily Dot reached out on Twitter and, after some back-and-forth that included the stipulation that all chat and Twitter handles would be disguised, sat down for a Web chat with half a dozen key members of Par:AnoIA. We’ve given them letters of the alphabet instead of usernames.

Let’s establish the tone with this excerpt from their front-page manifesto:

Thou hath interrupted our tea moment and hath made us stand up with our backs against thine wall. But hear us; we shall fight back for it is the only choice we hath left. With our whole hearts we shall support this cause. We shan’t enjoy the fight but it is our only option to protect the ones that are not protected, the ones we love and for thine fairness. It is known to us thou doth not fear damage of the collateral kind and thou loveth to contain and restrict innocent peasants.

As Cryptome founder John Young pointed out, Par:AnoIA, being Anonymous, at least has a sense of humor, which differentiates it from the rest of the serious disclosure industry. As you can see from our introduction to the Web chat:

So far, so typical. Anonymous may be trying to make the world a better place, but the hacktivist collective has always been in it for the lulz, too.

“[W]e’re not as srs,” C wrote in regards to Anonymous.

B wanted one thing clarified. “Let it be known that paranoia is not a hacker group.” They are a publishing group, meaning they won’t go out and create their own leaks.

The leak/disclosure community considers itself collegial, although no one else does. Quite the contrary, it can be competitive and even petty. There were no tears at WikiLeaks when rival site OpenLeaks failed to materialize. Cryptome founder John Young has taken pains to distance himself from WikiLeaks, on whose board he originally served. And, of course, whistleblowers and hackers alike are paranoid all the time, for obvious reasons.

For example, on July 12, a WikiLeaks supporter called Par:AnoIA out on Twitter for their choice of top-level domain registrar, Neustar, which Buzzfeed has called “the Keyzer Söze of surveillance,” the law enforcement’s data surveillance provider of choice. @Par:AnoIA, who at that point had fewer than 2,000 followers, said the whole thing was just another pointless flame war that distracted from the issue at hand.

One member explained, “To be honest, we are indifferent to WikiLeaks. They just should not start trying to tell people we host honeypots for feds.” In other words, WikiLeaks accused Par:AnoIA of being a front for the FBI, a sensitive subject given the arrest of former hacker turned informant Hector “Sabu” Monsegur.

“We don’t strive to be unique; why should we?” C asked.

“We just do what we think is good and right, and i think we can do it with minimal efforts, at least in a financial sense. we are not here for competition. We don’t strive to be the best. We just want to offer the best we can.”

Unlike most Anonymous projects, Par:AnoIA does ask for donations in the form of Bitcoins, an international online currency that’s difficult to trace and favored by hackers. They told us publicly that the money goes for server costs. John Young of Cryptome estimates his own server costs at around $100 per month, and he has relatively high traffic, so it’s logical to estimate their costs at less than half that.

They volunteer their time, and they volunteer a lot of it: They read each and every document that comes in. They do not edit the documents in any way, although they will not guarantee publication of every document. Archivists are philosophically split on whether their duty is owed to the documents or to the users, and Par:AnoIA clearly comes down on the side of the documents, as does Cryptome. Its redaction policy means WikiLeaks is on the other side of this prickly, barbed-wire fence.

What does that mean day-to-day? Would they refuse to release a document because it could change the world in a way they didn’t like? According to the Web chat consensus, the only leak they’d withhold would be nuclear launch codes. C explained that, “Public information is better than information in secret hands. We make spies obsolete.”

They’re not relying on the general public for the leaks but rather on people within their existing networks. B said they would never run out of sources. “You always make new connections.” C added, “Our connections extend daily.”

You don’t need an engraved invitation, though, or even a Guy Fawkes mask; the site can accept submissions from anyone. The Anons dismissed the idea of accepting links via email only, for security, context, and philosophical reasons. The point is not simply to take information in, but to take it in in the original form and to also post it in a form the public can access without going through some interstitial person or process.

“You need to have a nice working site where people can just click and read and even see a summary, see evidence that this whole shit is corrupted like fuck,” C said. “Research is another vector. We do that already on a limited basis.”

The first project Par:AnoIA tackled was the Arrest Tracker, correlating all the arrests of Anons worldwide by Anon name. You’d think this would be for PR or media purposes. You’d be wrong. The Arrest Tracker is an old-school wiki (fans of Wikipedia will recognize the aesthetics) that’s thoroughly annotated, with links to newspaper reports of court appearances and schedules. C explained: “We actually started that for ourselves so we can check wtf was going on. Real names are only mentioned if disclosed in media, of course. Everything has a source. It’s no foo, it’s facts. I hate foo.”

The members of Par:AnoIA claimed to not have plans to monetize their content, nor did they desire to market their materials like WikiLeaks does, making media partnerships and controlling the flow of information.

“We do shit when we have time, interest .. and .. meh,” C replied. “All media are the same, 14 reader blog or Fox News. I hate the idea of elitism. Eure, some initial attention is nice.. but in the end…it’s our releases that will speak.”

“I’d like see Bush & Co at the Hague…and…. something that would set Manning free,” B added, referring to alleged WikiLeaks cooperative Bradley Manning.

Knocking out private security and intel corporations like HBGary also remains a priority for the future.

C put it best, in typical chat humor: “I would like to have that document that really buttfucks the whole establishment in a bad way.

“I know it’s out there, on some server, somewhere, hand us enough leaks and we will find it!”