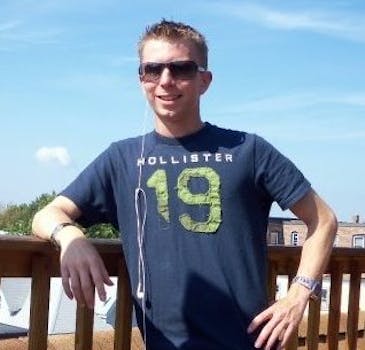 Manning was arrested in May 2010 for allegedly releasing classified materials containing military and diplomatic secrets.

Manning was arrested in May 2010 for allegedly releasing classified materials containing military and diplomatic secrets. The charge of “aiding the enemy” is a capital crime, though prosecutors have said they will not seek the death penalty.

The released materials were believed to be the basis of the Wikileaks Iraq War Logs and Afghanistan War Diary and contained video of U.S. air attacks on a group that contained two Reuters correspondents.

During this latest hearing, which ran from Aug. 28 through Aug. 30, military judge Denise Lind set the date for Manning’s trial. It will take place from Feb. 4 to through March 15, 2013.

Lind ruled that the court would take judicial notice of the Authorized Use of Military Force legal code, establishing that Al Qaeda is an enemy of the United States.

She also granted the defense motion that the court take judicial notice of David Finke’s book, The Good Soldiers, which the defense maintains contains an exact transcription of the Baghdad attack video and was published in September 2009—in advance of Manning’s alleged passing of the same information to WikiLeaks. If this were proven true, Manning could possibly be seen as neither culpable for making the secret information public nor for the information being “closely held.”

The judge would not, however, according to Kevin Gosztola’s live blog of the hearing, “allow the defense to argue that the content was a ‘verbatim transcript’ of the audio/video from ‘Collateral Murder.’ That was a legal theory or argument they needed to wait to make in court before a panel of jurors.”

The prosecution said Manning posted a YouTube video that contained language that violated Army codes, and the evidence of his subsequent “corrective training” was ruled admissible. Manning, the prosecution will certainly claim, had a proven history of knowing the rules and willfully breaking them.

The judge also scheduled a review of emails to which the defense has requested access.

Between his arrest in 2010 and April 2011, Manning was held at the Marine brig in Quantico, Va. He was held under “prevention of injury” status, allowing the brig’s administrators to keep him in solitary confinement, where they allegedly also took his clothes from him each night, kept him awake between 8pm and 5am (7am on weekends), forbade him from lying down on his bed at that time, and other actions that the defense considers pretrial punishment.

If the argument for illegal pretrial punishment is made successfully, the judge could release Manning from custody and even dismiss the charges against him.

The judge has already made about half of the almost 1,400 emails between Quantico personnel available. The defense seeks the rest. Review of that request will be made at a hearing on Nov. 27. Prior to that hearing, two other hearings will take place concerning whether Manning’s right to a speedy trial was violated.

As The Guardian’s Ed Pilkington notes, by the time the trial starts, Manning will have been in jail for three years, a custody 12 times longer than a defendant is entitled to under military guidelines.