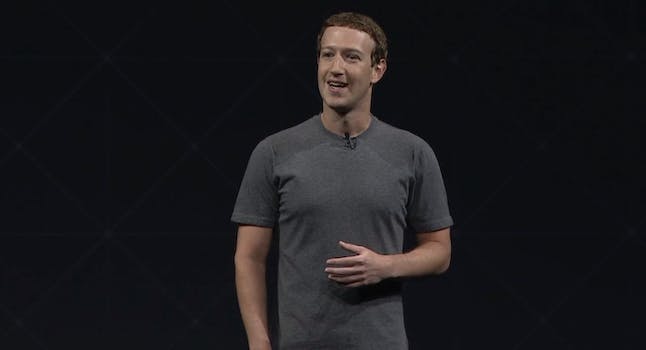 That's about half of Facebook's userbase.

His ambitious goal was laid out today at the annual Oculus Connect conference where the company announced the standalone Oculus Go, a $200 headset designed to be a flexible entry point for curious customers.

“We’re setting a goal: We want to get a billion people in virtual reality,” Zuck said wearing his signature grey shirt. He didn’t specify when he’d like to reach that target.

Only 6.3 million virtual reality devices shipped last year, well below estimates, according to research firm Super Data. This led some researchers to lower their projections going into 2017. The focus on emerging technologies has slowly shifted from virtual reality to augmented reality in the last few months after VR sales disappointed and tech giants Apple and Google launched new AR developer tools. That said, Zuckerberg has a long way to go before half of his 2 billion Facebook users start creating their own animated avatars.

He hasn’t done a great job pitching the idea either. Earlier this week, he showed off the company’s Spaces VR app by taking a trip to hurricane-ravaged Puerto Rico. His demo was slammed for coming off as insensitive, with some users labeling him a “heartless millionaire” and “tone deaf.”