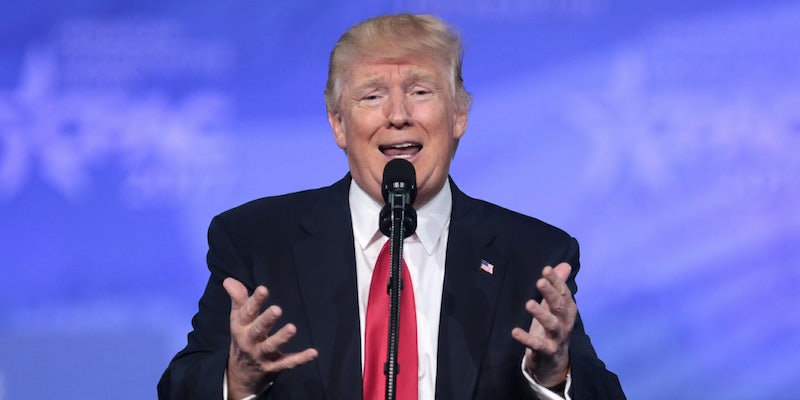 The writer didn't hold back.

The New York Times published an op-ed from a person who says they are part of President Donald Trump‘s administration where they blast the president’s “worst inclinations” but also stay they are a Republican who wants his agenda to succeed.

The newspaper published the editorial from an administration member “whose identity is known to us and whose job would be jeopardized by its disclosure.”

However, the person who wrote the account is someone who wants Trump’s agenda to move forward, but sees flaws in the person spearheading it.

“To be clear, ours is not the popular ‘resistance’ of the left. We want the administration to succeed and think that many of its policies have already made America safer and more prosperous,” the administration official, described as “senior,” wrote. “But we believe our first duty is to this country, and the president continues to act in a manner that is detrimental to the health of our republic.”

The official who wrote the op-ed argues that Trump “shows little affinity for ideals long espoused by conservatives” and that “successes have come despite—not because of—the president’s leadership style, which is impetuous, adversarial, petty and ineffective.”

The op-ed also describes “repetitive rants” from the president and “impulsiveness results in half-baked, ill-informed and occasionally reckless decisions.”

The president has blasted anonymous sources in journalism in recent weeks.

Last week he said any story that had an “anonymous source” was fiction.

When you see “anonymous source,” stop reading the story, it is fiction!

He followed up the next day by claiming the media was using anonymous sources to propagate fiction.

“I just cannot state strongly enough how totally dishonest much of the Media is,” the president wrote. “Truth doesn’t matter to them, they only have their hatred & agenda. This includes fake books, which come out about me all the time, always anonymous sources, and are pure fiction. Enemy of the People!”

While it seems like the president was angry over the upcoming Bob Woodward book about his administration, he may have known another anonymous source was coming down the pipeline.

The idea of an anonymous source writing an op-ed in the Times caught the attention of Twitter.

So basically: Times reporters now must try to unearth the identity of an author that our colleagues in Opinion have sworn to protect with anonymity? https://t.co/wj2nKmDHz9

The calls are coming from inside the house! https://t.co/cGRgmxYSYW

We have traced the call Mr. President and it's coming from inside the house!! "I Am Part of the Resistance Inside the Trump Administration" https://t.co/BuuAou47GL pic.twitter.com/1TmZ88MjC5

You can read all of the New York Times op-ed here.