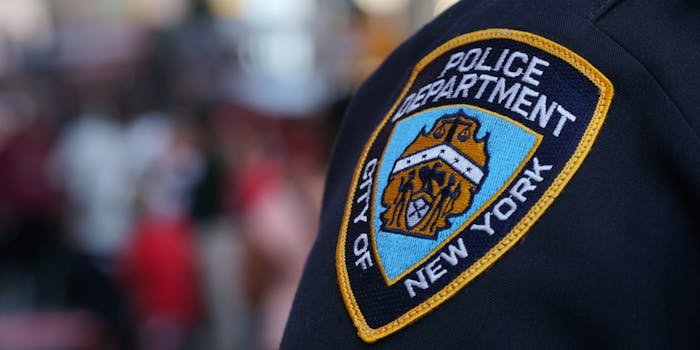 Recently released emails from a lawsuit about the NYPD and Clearview showed a search was ordered.

The New York City Police Department (NYPD) used Clearview AI’s facial recognition software to identify cops who were drinking before a fellow officer’s funeral, according to a new report.

The New York Post reports that the NYPD’s Internal Affairs Bureau ordered the use of Clearview AI’s facial recognition software on two cops who were drinking on the Long Island Railroad before the funeral of Detective Brian Simonsen in February 2019.

Clearview AI’s software is highly controversial. The startup scraped billions of people’s public-facing images from social media sites without their consent to build a database for its facial recognition software. Many police departments have used the software.

Meanwhile, facial recognition use by the government, and particularly law enforcement, has faced enormous criticism because the technology has been found to have a racial bias. Activists have long been calling for the technology to be banned and several cities across the country have done so.

The Post reports, citing recently released emails, that the NYPD’s Internal Affairs Bureau used Clearview AI’s app to identify two cops seen in a picture drinking in uniform on the train before the funeral.

“As per commissioner Reznick can you please identify the Members of service in the photo,” an Internal Affairs Bureau detective wrote.

The emails were made public by the Legal Aid Society, a New York-based non-profit, who filed a Freedom of Information lawsuit about the department’s use of Clearview.

According to the report, it appears the officers in the photo were identified and suspended.

You can read all of the New York Post report here.