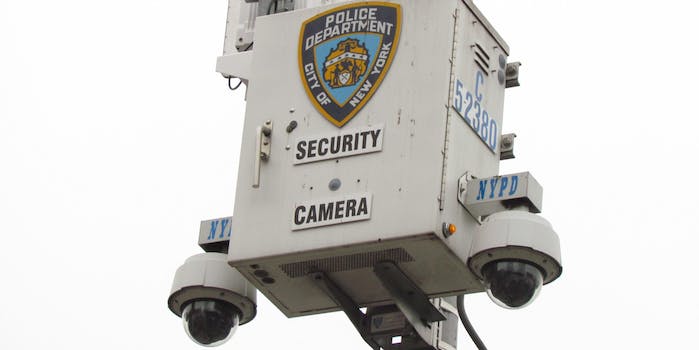 NYPD sued for refusing to disclose records about facial recognition use

The group requested documents about the NYPD's use of facial recognition in Times Square.

The New York Police Department (NYPD) is being sued by an advocacy group to reveal more information about its use of facial recognition technology in Times Square.

The lawsuit was filed by the Surveillance Technology Oversight Project (STOP) and Shearman & Sterling, a law firm, in New York State Supreme Court earlier this week. It seeks to compel the police department to produce records in response to a Freedom of Information Law (FOIL) request.

The filing of the suit comes as facial recognition technology’s use by government and law enforcement has faced renewed scrutiny amid protests against police brutality and racism after the police killing of George Floyd.

Last year, STOP submitted a FOIL request seeking records—including contracts, policies, and agreements with other agencies—about the NYPD’s use of facial recognition technology in the Times Square area. The NYPD denied the request because STOP did not “reasonably describe” records for the department to search for, according to the lawsuit.

STOP then filed an administrative appeal and revised request that included 27 categories of documents that would be responsive to the request. Less than a day later, the NYPD also denied the appeal.

The two sides appeared to work on a resolution and entered into a “tolling agreement,” which gave STOP until Sunday to file a challenge to the NYPD’s denial. However, the NYPD had “not been willing to engage in discussions” since the agreement was made in March, the lawsuit alleges.

As such, STOP and Shearman & Sterling filed the suit seeking the court to direct the NYPD to turn over the documents.

“The law is clear, these are public documents,” Albert Fox Cahn, the executive director of STOP, told the Daily Dot. “When the NYPD constantly breaks the law to try and hide its facial recognition program from public view, the question is what are they trying to hide?”

The NYPD did not immediately return a request for comment by the Daily Dot.

The department has been using facial recognition since 2011 and in March it released its policy on how the technology is used, according to the New York Post.

Update 4:18pm CT: NYPD’s Office of the Deputy Commissioner spokesperson Sgt. Mary Frances O’Donnell told the Daily Dot it would review the lawsuit “if and when we are served.”