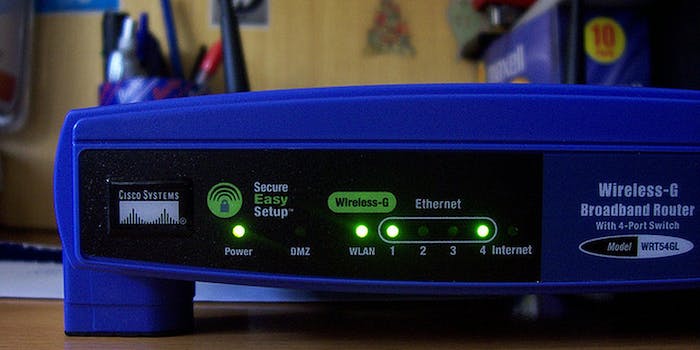 The NSA can hijack your Wi-Fi from 8 miles away

8 Mile II: Starring the NSA, you, and your Wi-Fi connection.

If you’re already hyperventilating over a report published this weekend offering new details on National Security Administration spying, an enlightening presentation by the report’s co-author might put you out cold.

Security researcher Jacob Appelbaum elaborated on what he’s learned about NSA spying tactics and tools during a lecture at the Chaos Communications Congress in Hamburg.

Appelbaum co-wrote a Der Spiegel report published Sunday that sheds light on what the NSA can access, including your iPhone, your newly purchased laptop computer, and most major security architecture.

But in his lecture, Appelbaum dropped this nugget: The NSA can tap into your wireless signal from up to eight miles away.

As proof, Appelbaum offered up a top secret NSA document detailing the capabilities of “Nightstand,” a wireless exploitation and injection tool that can — undetected — deliver spyware via your wireless card. The document is from 2008, so it’s possible the capabilities have been expanded since then.

Even creepier, Appelbaum said he’s talked to NSA sources who told him the devices have been used on drones, but he’s not yet come across documents to back that up.

“That’s a really interesting thing because it tells us that they understand that common wireless cards, probably running Microsoft Windows — which is an American company — that they know about vulnerabilities yet they keep them a secret to use them,” Appelbaum said. “This is part of a constant theme of sabotaging and undermining American companies and American ingenuity. As an American, though generally not a nationalist, I find this disgusting, especially as someone who writes free software and would like my tax dollars to be spent on improving these things.”

Though it seems Appelbaum’s chief complaint with NSA spying is that it’s tyrannical, he said the government’s interest in leaving security weaknesses open for exploit has “retarded the process by which we would secure the internet,” making systems and their users vulnerable to attack.