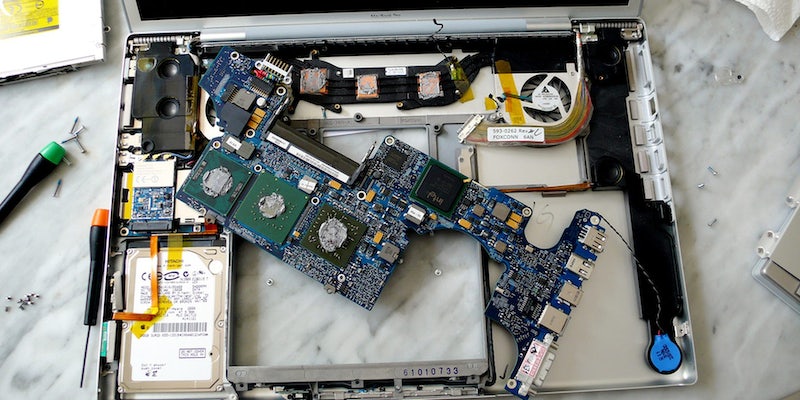 That laptop you ordered online might have NSA spyware on it

Maybe it's time to start buying from Best Buy.

When you order a laptop, you might assume that the machine is making its way from the factory to your door as quickly as possible. Not so fast.

If you’re an NSA target, your brand new computer might make an extra stop at a secret NSA workshop where the agency can load software and hardware that will help provide backdoor access to the government on your machine. You better buy that new rig directly from the store.

A new Der Spiegel report details the operations of the NSA’s Tailored Access Operations (TAO) team, the “wunderkind of the US intelligence community” often tasked with “getting the ungettable.”

The NSA’s “interdiction” technique that moves new laptops to “load stations” ranks among “the most productive operations” that the agency conducts. Der Spiegel reports that the method allows the agency access to networks “around the world.”

This latest revelation on NSA spying is only one of many to come from the German paper’s Sunday profile of the agency’s elite TAO team. Formed in 1997, the unit accesses the NSA’s most difficult targets. Der Spiegel wrote at length about how TAO effectively uses anything from Microsoft Windows crash reports to tapping undersea cables servicing Asia and Europe to spy on its targets.

Der Spiegel did not identify the source of the leaks, though its past stories on the NSA came from whistleblower Edward Snowden.