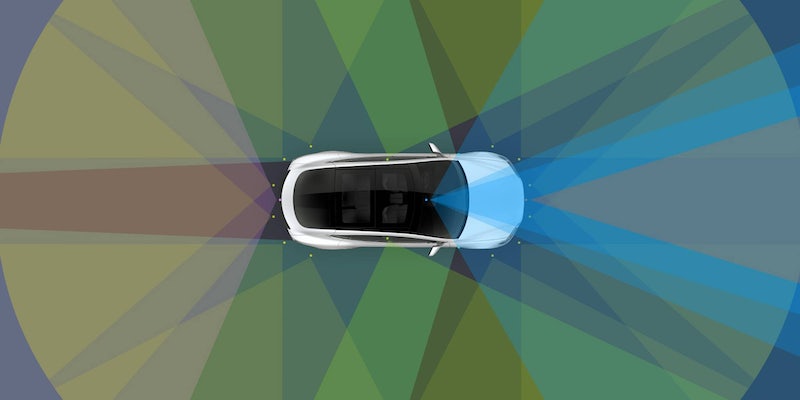 Tesla not at fault in 2016 autopilot crash

Tesla’s Autopilot technology has been cleared from fault in the first fatal accident involving it.

Last May, a Tesla Model S crashed into a semi-truck in Florida. The accident was notable because it was the first fatal incident involving Tesla’s semiautonomous Autopilot system, which wasn’t able to distinguish the trailer from the sky behind it. After a six-month investigation, the U.S. National Highway Traffic Safety Administration determined that Autopilot was not at fault in the crash, and there’s no reason for a recall of the feature or vehicles that include it.

U.S. Transportation Secretary Anthony Foxx confirmed Thursday that the driver, former Navy SEAL Joshua Brown, was at fault in the incident, but cautioned that carmakers need to make the capabilities (and faults) of semi-autonomous systems crystal clear to drivers. The NHTSA report found that it was possible that motorists could be confused about when they or the system is in control, and what the system’s limits are when it’s employed.

In the July accident, the NHTSA concluded that Brown should have been able to take action before the crash, doing something such as “braking, steering, or attempting to avoid the vehicle,” but he didn’t take any of those actions after setting the vehicle’s cruise control to 74 mph two minutes before the crash.

The NHTSA’s full investigation had some other positive findings for Tesla. It found that since the launch of Autopilot, crash rates for Tesla cars have plummeted nearly 40 percent. The report also didn’t find any faults in Tesla’s automatic emergency braking or Autopilot cruise systems. In fact, the NHTSA applauded the carmaker for how it predicted potential Autopilot misuse, and factored those findings into the system’s functionality before releasing it to the public.

Tesla CEO Elon Musk says that Tesla cars will be able to use a fully autonomous driving mode by the end of this year.