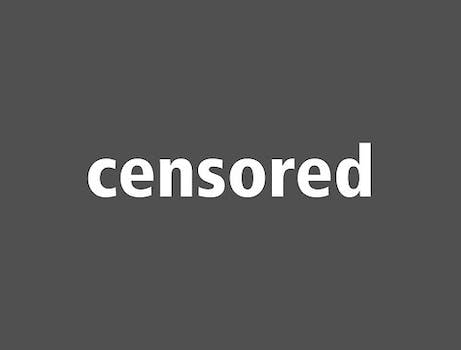 A takedown notice sent in July accidentally caused articles from several respectable sites to be scrubbed from Google's search results.

Microsoft’s attempt to block access to pirated versions of its software went haywire this summer, mistakenly demanding that Google censor links to respectable sites like the BBC, Wikipedia, and the Washington Post.

While they are an effective way for sites like Microsoft to take quick action against people pirating their content, takedown requests made under the Digital Millenium Copyright Act (DMCA) can also lead to mistaken casualties, as a recently-discovered, 892-item legal notice from July shows.

In the document, Microsoft incorrectly claims that a Wikipedia entry on Caesar’s Civil War, a BBC story on the Olympic Torch, a CNN story on child molester Jerry Sandusky, a local newspaper report on a 68-year-old high school tennis coach’s retirement, and AMC Theaters’ page on The Dark Knight Rises all provided access to a pirated copy of Windows 8 Beta, and subsequently demands that the search engine not link to those sites.

It’s yet another misstep, albeit a major one, in the seemingly neverending game of whack-a-mole enabled by the DMCA, the 1996 law that still governs how allegedly pirated material is handled by U.S. companies. Under the law, when a copyright holder spies their content illegally hosted on another site, they can send a formal legal notice to Google asking the company to stop showing the offending site’s URL.

Google’s policy is to comply with those requests, which are staggeringly common: A report in May showed the company receives 350,000 requests a week. Companies that are censored have the opportunity to appeal, though they’re not always even aware that they’ve been censored, and sometimes, that downtime can be seriously damaging: think of the fact that AMC Theaters missed out on Google traffic for The Dark Knight Rises the week after that movie was released.

In Microsoft’s defense, the notice also listed a number of pages clearly devoted to pirating the software. The company has sent several other notices this year, totaling well over 1,000 items, no other mistakes reported. Each DMCA notice includes a sworn statement that the sender has the right to the copyrighted material it describes—but not that the websites it names necessarily include that copyrighted content.