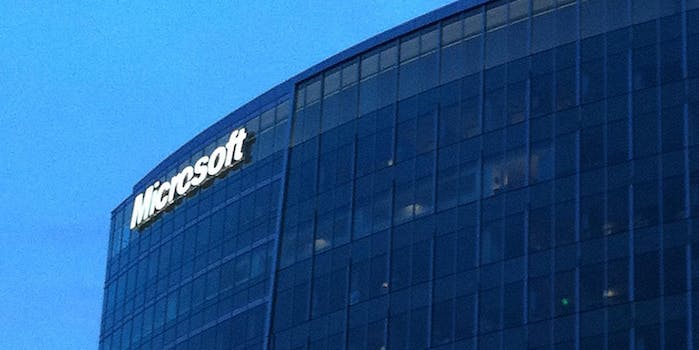 Is Microsoft becoming a transparency champion?

On Tuesday, Satya Nadella, one of the leading candidates to replace Steve Ballmer as Microsoft’s next CEO, called for reform to the controversial digital spying operations of the National Security Agency. His statement is indicative of a growing transparency advocacy movement both inside Microsoft and around the globe.

“The surveillance system has to be reformed, and the best way to reform it is to have laws govern it that respect individual privacy, both for the citizens of the United States and the citizens of the world,” Nadella said at the Le Web conference in Paris. “That’s the stance we have taken, and we are going to actively push for that.” Nadella is currently the executive vice president of the company’s cloud and enterprise group.

The statement, reported by the Guardian, comes amidst several other calls for global surveillance reform this week. On Monday, eight major Silicon Valley companies including AOL, Apple, Facebook, Google, LinkedIn, Microsoft, Twitter, and Yahoo sent a petition to Washington demanding surveillance reform and transparency. That was followed on Tuesday by a petition on Change.org from 500 authors and five Nobel Prize winners demanding the passage of an International Bill of Digital Rights. Also on Tuesday, playwright Tom Stoppard wrote an editorial in the Guardian protesting dragnet digital surveillance.

“Our masters are in the grip of the delusionary nightmare of completeness: the complete annihilation of every rogue bacillus,” he said.

Indeed, it appears to be the Week of the Petition in all matters NSA. The calls come after five months of reports of NSA and U.K. GCHQ Internet surveillance. Based on documents leaked by former intelligence contractor Edward Snowden, the world has learned that these and other government agencies broker deals with telecoms to intercept and decrypt private email, chat, video and telephone communications. In the general sense, this is perhaps occurring in part in the wake of the introduction of the bipartisan Sensenbrenner-Leahey NSA reform bill aimed at ending bulk data collection and reforming the Foreign Intelligence Surveillance Court.

However, Nadella’s comments are perhaps more readily explained by what appears to be a growing transparency advocacy policy inside Microsoft as of late. In addition to signing the Silicon Valley petition on Monday, the company has also been engaged in a privacy campaign against Google. Under the tagline “Don’t Get Scroogled!” the company has attempted to cast the search engine giant as a sort of big brother. Citing a recent court battle over the legality of Google’s algorithm that searches through users Gmail messages to craft tailored advertising, Microsoft has accused the company of violating customers’ privacy rights. “Outlook.com is different,” the company wrote. “We prioritize your privacy.”

Whether Microsoft’s privacy concerns are genuine or just smart marketing is difficult to say. But the company was one of the Silicon Valley giants forced under gag order by FISC order to turn over the data of many of its customers. This operation, known as PRISM, which also involved Google, Yahoo and others, was estimated to have cost tech companies $35 billion.