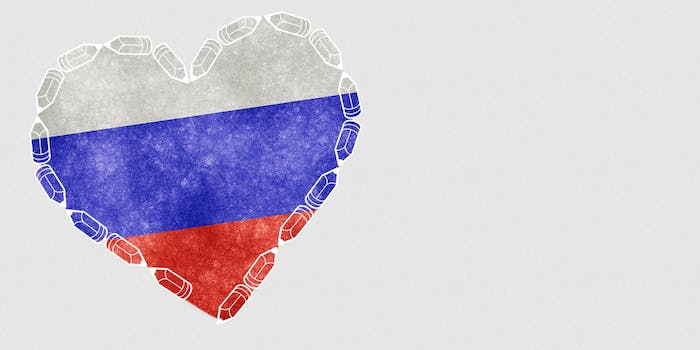 Founded in 1999, LiveJournal is the methuselah of social networking. It’s been called “laughably obsolete.” Much of the world has moved on to Tumblr and Twitter.

So why does the United States’s ambassador to Russia, Michael McFaul, have a LiveJournal blog? The thing is, while Livejournal might be close to dead in the rest of the world, it still rules in Russia, with an estimated 5.7 million ??????? users.

In 2012, when the Russian Ministry of Foreign Affairs took to Twitter to express outrage at comments made by McFaul, he responded with a lengthy blog post on LiveJournal–to the surprise of no one.

Carl Bildt, the Swedish foreign minister, responded on Twitter: “I see that Russia MFA has launched a twitter-war against US Ambassador @McFaul. That’s the new world—followers instead of nukes. Better.”

LiveJournal is just an extension of McFaul’s social media presence, however. When McFaul  called Russia a “wild country”—a mistake in “bad Russian”, the ambassador later said—he tried to explain himself on Twitter.

This is a mark of a savvy 21st century politician, even if LiveJournal is a 20th century technology. The question shouldn’t be why is McFaul on LiveJournal, it’s why aren’t all our ambassadors following his lead?

Take Gary Locke, the American ambassador to China, who still doesn’t have an account on the Middle Kingdom’s social media platform of choice, Sina Wiebo. After all, Locke is already a Weibo star. He briefly became a kind of folk hero on the social network, after netizens discovered photos of the ambassador humbly carrying his own bag, a stark contrast the imperious behavior of his powerful Chinese counterparts. Now he just needs to carry his own Weibo account.