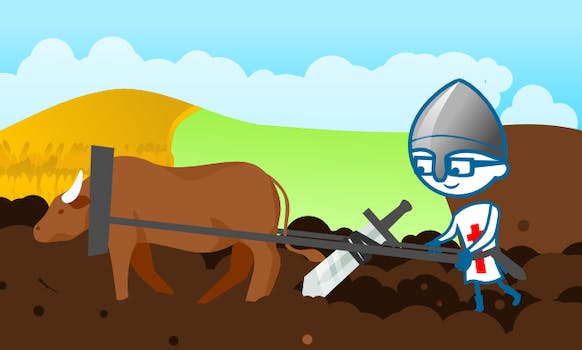 Marblar, the U.K.-based crowdsourcing tool that helps orphaned intellectual property find a home, has rolled out a new initiative in collaboration with the British Army—finding civilian uses for the army’s military technology.

Marblar’s focus is on tech transfer, “the process of finding sustainable, real world use for academic research, including commercializing it,” as Ars Technica put it. Most universities, where the overwhelming majority of the work is done, have departments specifically charged with doing just that. But most of the work does not find a successful commercial application. Marblar uses crowdsourcing to try to rescue those “orphans.”

Marblar also utilizes gamification. Scientists post their research as a “challenge,” and community members “work toward finding novel ways of exploiting the inventor’s discovery.” Those whose ideas are used are awarded themarbles and some may receive cash and partial equity in any firm that takes flight due to their suggestions.

Marblar’s newest undertaking with the British Army is a furtherance of their tech transfer mission. And there is plenty of precedence. The Internet itself was an outgrowth of government scientists’ need to share research. Super Glue came from wartime British military research.

The British Army’s first challenge is “a lateral flow device designed to protect soldiers from biological and chemical warfare by rapidly screening substances on a surface,” according to the Marblar blog.

Since its launch last week it has attracted about 40 “market-ready ideas” ranging from quality assurance for organic food to genito-urinary health to use by municipal bomb squads. Contributors have come from over a dozen countries.

Daniel Perez, one of the three founders, all Ph.D students at British universities, said his company has two additional British Army technologies ready to be released. The next is a process to detect cell death on a minute level. The danger to humans and others of a substance can be assessed immediately, without the need to send off large cell samples to a lab. Applications might include make-up testing. In the European Union, no products tested on animal can be sold—this technology would avoid that restriction.

The tech after that is a sonar system developed by the Royal Navy. “It’s the technology you saw in the movie The Hunt for Red October. It distinguishes relevant signals from background noise,” Perez said. The final challenge has yet to be determined.

The British Army, Perez said, actually approached Marblar, having heard about them through the research community.

“They’re actively trying to take taxpayer money which has gone to develop this techology to create new British jobs,” said Perez, who is an American. “If they can find additional consumer uses for their technology, they bring overall cost down and further incentivize development of the tech.”

“We’re also talking to military and government research groups in the U.S.,” said Perez. His company expects to announce an American governmental partnership in a few weeks. In the meantime, they have had to re-register their company in the United States to qualify for the partnerships.

It’s a busy time for Marblar. They’re spinning out their first company next month. The technology, “Kickass Solution Mixer,” is based on landmine technology. The commercial applications of the push-button chemical mixer is two-fold. The first is to compound cancer drugs. Being a poison, and being mixed on site, it is a time-intensive and dangerous activity. The mixer will allow it to be done automatically. The other is a personalized nutritional shake maker which the company is licensing to gym chains.

By the end of the year, Marblar will go after its series A funding, after receiving $600,000 in seed funding last year from IP Group.

Between listing fees and equity (Marblar takes 10 to 20 percent equity in companies and products that arise from its platform), Perez said his company has two years of operating costs at their current burn rate.

Several more companies are set to launch from the platform in the next months. It’s a unique approach to IP and its relationship with the university world and with military and governmental research community, along with its partnership with crowdfunding company Seedrs, means it should be able to sustain itself not just as a technological matchmaker, but possibly as a kingmaker as well.