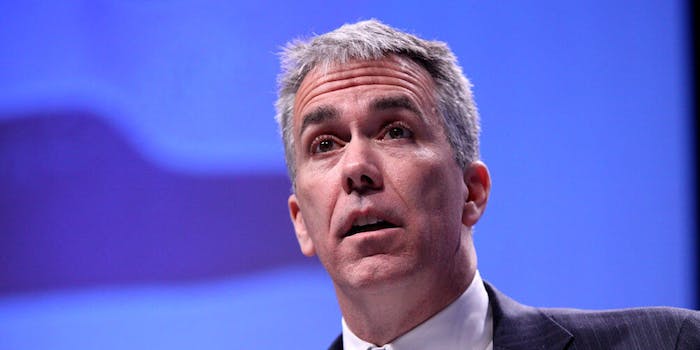 Friends, I'm in. We can't take four more years of Donald Trump. And that's why I'm running for President.

Let's show the world we're ready to be brave.

Today on Morning Joe, Walsh called Trump “unqualified,” “unfit,” “a child,” “reckless,” “erratic,” and “a narcissist,” adding, “If he’s our nominee in 2020, the Republican Party is going to get spanked, because young people don’t like Trump. Women don’t like Trump and people who live in the suburbs don’t like Trump.”

Plenty of people would probably use similar language to describe Walsh, a former radio host who’s been suspended from Twitter for inciting violence against then-President Obama and yanked from the airwaves for using racial slurs.

And they need only look to Twitter for the receipts.

Haiti is a shithole and it's run by blacks. The violence in Chicago is all black on black.

Trump treats everyone like shit. Not just black women.

1) Obama's book sales before 2004 were abysmal.
2) As soon as he became a Senator, he ran for POTUS.
3) Obama got elected because he's black, not because he accomplished anything significant. pic.twitter.com/FU8XrMlhdT

No more Muslims in the US. They want us dead. They seek to kill us. Islam is a doctrine of hatred and death. They want us to die.

Found out if I said Redskins or Cracker or Redneck Bible Thumper, I could stay on. But if I said Nigger or Spick, they cut me off.

Rolling Stone is trying to Trayvon Martin Dzhokhar Tsarnaev. Let's talk about all the fluff and none of the evil.

100 million in IL tax payer money to better position Chicago for Obama's presidential library…where else were they going to put it, Kenya?

They resurrect their failed lawsuit against Remington.

I'll just say it: Sandy Hook Parents: Your 15 minutes is up. https://t.co/FakCfa2IbB

On November 9th, if Trump loses, I'm grabbing my musket.

.@angela_rye And your way wrong on your main point Angela. We LOWERED the bar for Obama. He was held to a lower standard cuz he was black. https://t.co/OMXphLZUTj

It's time 4 patriotic Americans to stand up & stand against all the Cop haters – from Obama to the thugs on the street.

Screw talks of 'bipartisanship.' This country is at war with itself. Choose your side and choose it now. Grab your musket and get ready.

The announcement of a presidential run from the dude who’d rather work with a musket than a Democrat was certain to inspire some serious trollage. Attempting to get ahead of it, on August 14, Walsh penned a New York Times op-ed in which he apologized for some of his previous statements.

“In Mr. Trump, I see the worst and ugliest iteration of views I expressed for the better part of a decade. To be sure, I’ve had my share of controversy,” Walsh wrote. “On more than one occasion, I questioned Mr. Obama’s truthfulness about his religion. At times, I expressed hate for my political opponents. We now see where this can lead. There’s no place in our politics for personal attacks like that, and I regret making them.”

“First he needs to man-up and admit that calling Obama a ‘Muslim traitor’ was a bigoted lie,” was one such tweet about his candidacy. Another wrote, “Do you still think President Obama is a Kenyan Muslim?”

By far the most scathing response to Walsh’s candidacy came from a parent of one of the children killed at Sandy Hook.

“Of all the disappointing news out there-watching y’all take Joe Walsh seriously is way up there. Do you not remember what he said about Trayvon Martin? About SH families? That’s gonna be a huge nope to the 1,000th degree from me. To infinity and beyond,” tweeted Nelba Márquez-Greene, whose daughter Ana Grace was killed in the mass shooting.

Sounds like Walsh won’t be done with his apology tour any time soon.