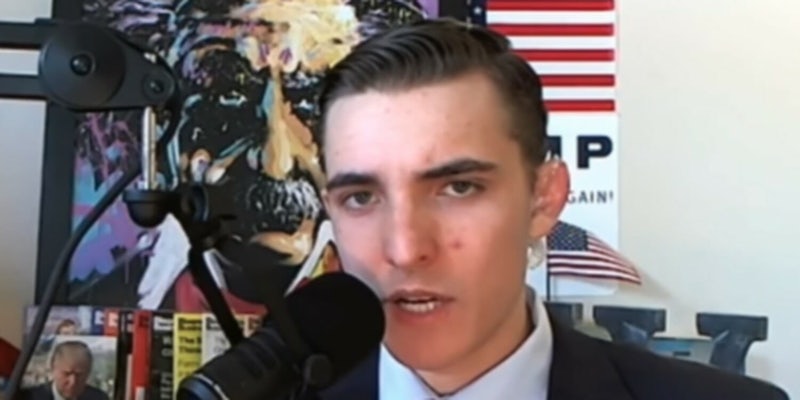 The company was exposed on Tuesday as a fake after it was tied to Jacob Wohl, a right-wing Twitter personality, whose name and old finance company NeX Capital Management were found to be referenced in SureFire’s website domain data.

SureFire seeks to present itself across social media and online as any company would. The illusion of the company’s status, however, simply fell apart with Google reverse image searches as internet sleuths took a closer look at its claims.

Jacob Wohl is a moron and didn't realize that there are reverse image search engines other than Google when he was adding filters to these pictures. Yandex got this as the very first result.

The profile for SureFire’s “Tel Aviv station chief” uses a picture of Israeli supermodel Bar Refaeli. The deputy director of operations is, in fact, a pastor from Michigan, and the company’s “financial investigator” is Oscar-winning actor Christoph Waltz.

In a wider bid to support the authenticity of the firm, reporters have uncovered a bunch of old Craigslist advertisements boasting that the company was founded by ex-Mossad agents, offering investigative services.

A page on Medium associated with the company pushed two pseudo-journalistic stories about the firm, tied to suspicious and recently created Twitter accounts for reporters that supposedly authored the articles. On Tuesday, Medium suspended SureFire’s pages. The Twitter accounts are still up.

The website boasts company office across the world and throughout the U.S., but all numbers suspiciously redirect via Google Voice to a single phone number in Orange County, California.

Despite all the effort to create fake personas and hoax PR pieces, that number reportedly redirects callers to Wohl’s mother’s voicemail.