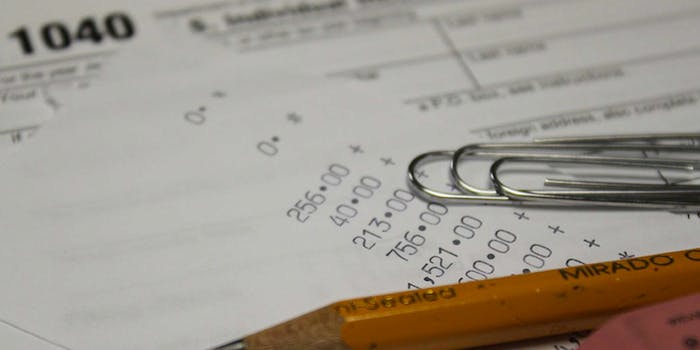 IRS to pay Microsoft up to $500,000 after missing Windows upgrade deadline

IRS blames $30 million budget shorfall for failure to upgrade more than half its computers.

Millions of Americans are feeling the pressure right now as they race to meet the Internal Revenue Service’s April 15 deadline for filing income tax returns. So they’ll probably get a little sense of schadenfreude (or perhaps justifiable rage) after hearing that the IRS has missed its own deadline for upgrading an aging computer system—a deadline it had six years to meet.

The IRS has failed to upgrade more than half of its computers from Microsoft’s Windows XP operating system to Windows 7. On April 8, Microsoft officially retired XP, meaning the IRS will have to pay the computer company out-of-pocket for continued technical support of the now-obsolete system.

During a budget hearing on April 7, IRS Commissioner John Koskinen told members members of the House subcommittee on financial services and general government that his agency failed to update more than half of all IRS computers running Windows XP due to a $30 million budget shortfall.

This, despite the fact that Microsoft announced all the way back in 2008 that the it would be retiring XP in 2014 in favor of Windows 7. Retirement means there will be no more regular software updates critical to protecting the 13-year-old OS from malware and cyber attacks.

According to Koskinen, the IRS has 110,000 computers that run on Windows. Only about 52,000 of those, roughly 47 percent, have been upgraded to Windows 7.

The IRS commissioner conceded to hostile members of Congress that the agency had plenty of advance warning about the coming deadline. However, he said that ongoing funding issues have caused the IRS to put more than $300 million worth of IT improvements on hold. The Windows upgrade was one of those projects.

“It’s been some time where people knew Windows XP was going to disappear,” Koskinen said.

To finish the XP-to-7 conversion will cost the IRS some $30 million. This money will cover new hardware, software and the man-hours actually spent installing them. To expedite the upgrades, money will be taken from the IRS’s enforcement budget, meaning even fewer audits this year than last year when less than 1 percent of returns were audited.

Because they missed Microsoft’s deadline, part of the the IRS’s $30 million upgrade costs will now include so-called “Custom Support” from Microsoft. This is a specialized program where Microsoft continues to provide software patches for retired systems.

However, Custom Support doesn’t come cheap. According to Computerworld, Microsoft has “dramatically raised prices for Custom Support,” earlier this year. All contracts are negotiated independently, but on average the company charges $200 per PC for the first year of Custom Support. This led Computerworld to initially estimate that the IRS would have to pay Microsoft more than $11 million.

However, an IRS official said Friday that the agency would pay less than $500,000 for Custom Support this year, averaging out to about $9 per computer. An exact figure will be released sometime in the future.