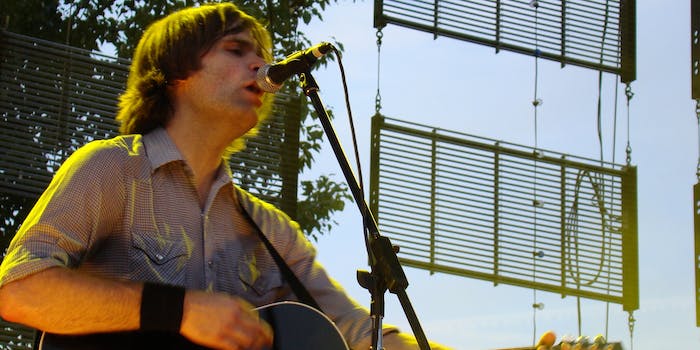 Neutral Milk Hotel, Death Cab for Cutie, and half of the Decemberists have a message for the FCC.

The indie bands that tore up the college-radio scene in the mid-2000s all have one thing in common, and it’s not a mandolin. They’re supporting net neutrality.

In a letter published Monday by an activist group called the Future of Music Coalition, a group of some 70 bands—many of them responsible for the songs that defined millennials’ young adulthood—tell FCC Chairman Tom Wheeler, “We’ve Got Your Back on Net Neutrality.”

The artists’ support for net neutrality stems from their desire to prevent Internet service providers from being able to charge more money to access certain sites—including music streaming services—at the highest speeds.

The time for influencing the FCC is almost over. The five commissioners are scheduled to vote Tuesday on Wheeler’s plan to establish net neutrality through Title II of the Communications Act, a move widely praised by Internet freedom groups. Wheeler’s four fellow commissioners have been consistent in their views on the subject, and the new rules are expected to pass 3-2.

“You certainly have our appreciation,” says the letter, which is addressed solely to Wheeler. “And we urge you to remain steadfast in your efforts to keep the Internet a viable platform for creative entrepreneurs. Without clear and enforceable rules that let us compete alongside the biggest companies, our ability to create and innovate will be threatened, if not extinguished.”

Photo via musicisentropy/Flickr (CC BY SA 2.0)