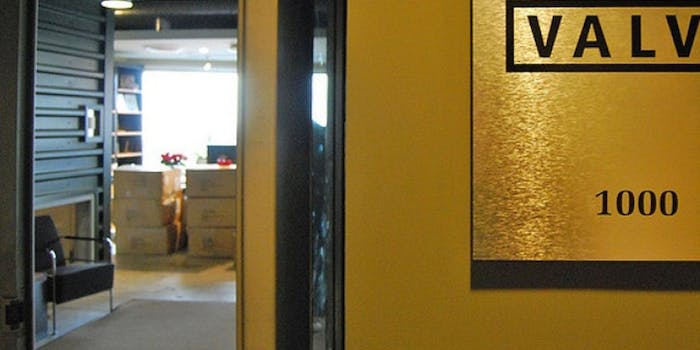 Game industry poll shows everyone wants to work at Valve

A recent survey of developers shows most people in the gaming industry would rather work at Valve than at any other company, including their own.

The International Game Developers Association posted the results of a survey of over 2,200 game developers, asking them where they would like to work if given the choice.

The top choice was Valve, the software giant responsible for such critically-acclaimed and commercially successful titles as Half-Life, Portal, and Dota 2.

The company is known for rejecting the traditional workplace structure of a boss lording over his underlings, instead asking all employees to work together as equals. The fact that every desk at Valve’s headquarters is on wheels and as such can be moved to allow its owner to join with employees anywhere else in the building has come to be seen as representative of the culture Valve promotes.

Valve also runs the popular Steam service, through which customers can download and play a huge variety of games on their computer.

The combination of quality games produced, the vaunted work environment promoted, and healthy profits was enough to inspire most voters to choose a hypothetical spot at Valve over the prospect of owning their own development company, which was the second most popular choice.

Staying at one’s current employer ranked only the sixth most popular selection, coming in just behind a selection of three giants in the industry: Activision Blizzard, Bioware, and Ubisoft.

Tim Schafer’s Double Fine studio ranked ninth and stands as the smallest company to make an appearance on the list. Ranked behind them were Bethesda, developers of the Elder Scrolls series of games.