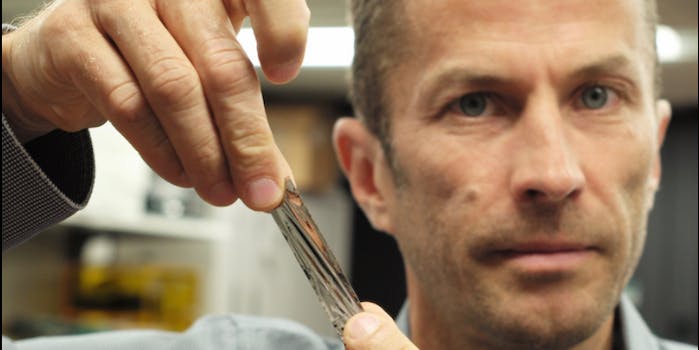 A single cartridge of this tape can hold 330 million books

IBM discovered a way to pack 201 gigabytes of data per square inch, or a maximum of 330 terabytes, onto a single tape cartridge that’ll fit in the palm of your hand. It is capable of housing 330 million books or more than 80 million photos at 4MB each. For comparison, the largest hard drives you can buy at most electronics stores hold around 16TB of storage, and are the size of a small computer.

“Tape has traditionally been used for video archives, back-up files, replicas for disaster recovery and retention of information on premise, but the industry is also expanding to off-premise applications in the cloud,” IBM fellow Evangelos Eleftheriou said in a statement. “While sputtered tape is expected to cost a little more to manufacture than current commercial tape, the potential for very high capacity will make the cost per terabyte very attractive, making this technology practical for cold storage in the cloud.”

Sputter techniques, or a method for producing a thin film with magnetic grains just a few nanometers (that’s one billionth of a meter) across, is one of two main innovations that helped IBM create such a high-density storage solution. The other is better lubricant technology, which stabilizes the magnetic tape.

IBM says its new tape shows it is still possible to continue the trend of doubling tape storage capacities every two years for at least the next 10 years. Data stored on cartridges is more useful than you might expect, and is still used by numerous companies despite being decades old.

“Cloud is really one of the growing use cases of tape technology both as kind of a backup application to reserve data that’s stored on other technologies in the cloud, but also as an archival tier for cold data, which is not very frequently accessed,” said Mark Lantz, exploratory tape scientist at IBM.

Here’s a chart showing just how quickly the technology has developed in the past 10 years.