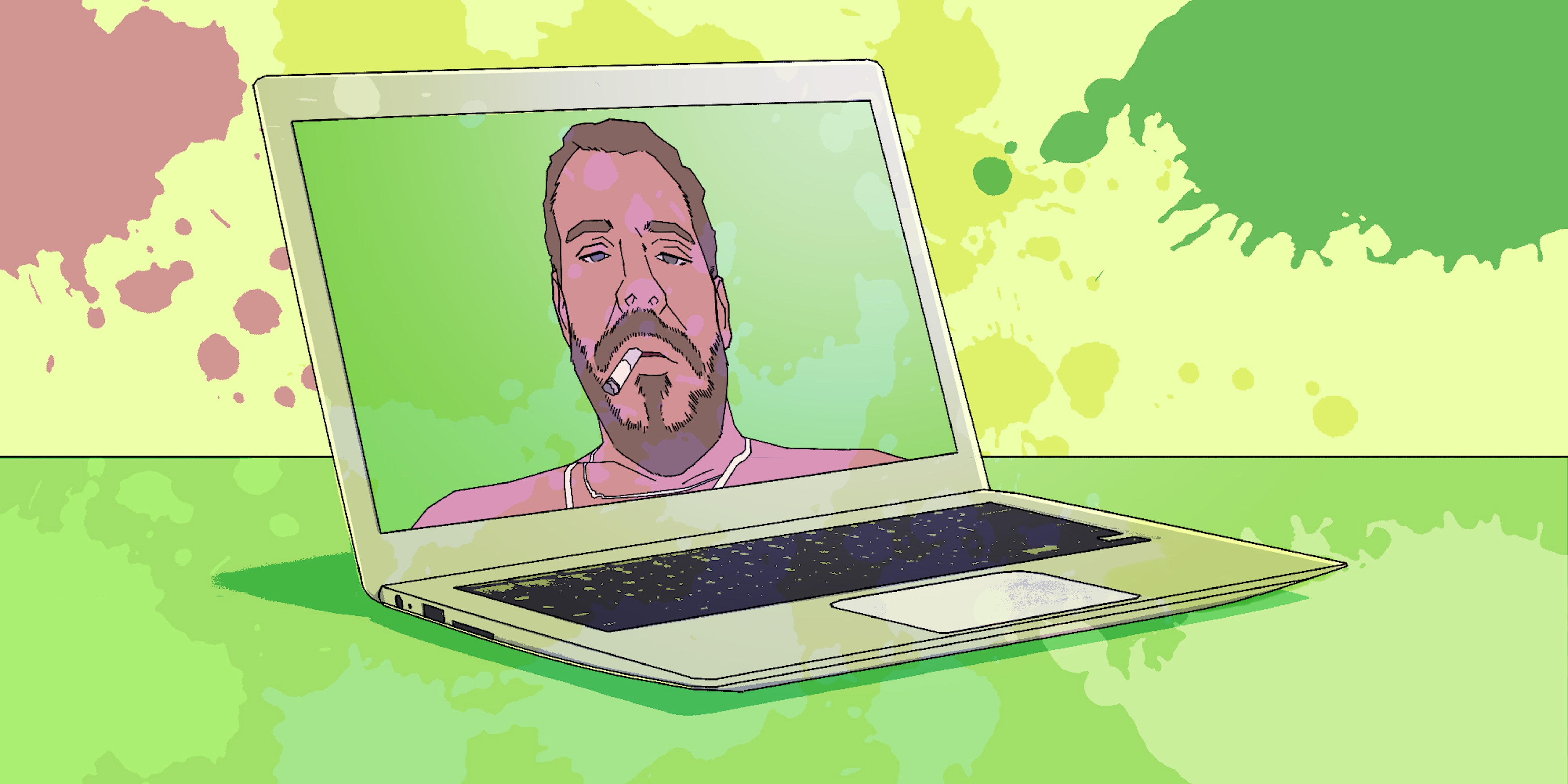 The Gateway Pundit tried to crash an entire election (again)

But who gave it all to them?

In the months leading up to the 2020 election, President Donald Trump and his compatriots turned to the same strategy that served them victory in 2016: diversion. Or, as his former adviser Steve Bannon memorably put it, “Flood the zone with shit.”

As they did in 2016, they relied on a coalition of Trump-aligned media. It’s a symbiotic relationship. Trumpworld feeds them the information they want to reach the masses; the outlet in turn gets traffic from his supporters who click, tune in, and share.

Few have benefited from this arrangement as much as the Gateway Pundit. Its porous editorial standards and extreme partisan bent have made it a favorite of Trump supporters, whose patronage has enabled its exponential growth.

Throughout the fall, Trump was hit with scandal after scandal, including tapes of him admitting how bad COVID-19 was while publicly downplaying it last winter, his non-payment of taxes, an ongoing parade of allies-turned-detractors, and the ongoing entanglements involving his adult children and businesses.

To deflect, Trump tried to convince the public that, however bad he might be, Joe Biden was worse. But however gaffe-prone Biden was, he had nowhere near the political baggage of Hillary Clinton, Trump’s last opponent. So the ecosystem of Trump’s outlets turned to tales of his troubled son, Hunter Biden, and the alleged contents of his laptop.

The alleged contents were the scandal du jour of the 2020 campaign, and right-wing media was more than happy to serve it up. In the weeks leading up to the election, the soon-to-be-first son’s alleged sexual activities, drug use, and business dealings were splashed across websites and chyrons nationwide.

Biden’s laptop and its contents were certainly newsworthy. But its saga was slowly disseminated through select media outlets on the right. The world doesn’t yet know how the laptop was obtained by Biden’s opponents, but we do know they framed and staged its narrative from the start.

The Gateway Pundit was among the greatest beneficiaries of the laptop stories. It appears to have greatly benefited from founder Jim Hoft’s longtime friendship with Bannon, who was working with Rudy Giuliani and a pair of lesser-known Chinese billionaires on the grand scheme to use the laptop to Trump’s benefit.

At 5am on Oct. 14, the New York Post broke the first story about the contents of a laptop Biden allegedly abandoned at a Delaware repair shop. Hours later, the Gateway Pundit rehashed the piece. It would be the first of many stories about the matter. Over the following weeks, the Gateway Pundit broke tale after tale of sex tapes, shady dealings, and Biden leading a cast of sketchy characters to his father, then the Democratic nominee for president. The obvious idea was to make the elder Biden seem compromised by his son.

It was enough to muddy the waters and keep Hunter Biden’s past struggles with addiction, business dealings, and other behaviors in the press while raising questions among those already disinclined to support his father.

This period of time corresponded with an enormous increase in overall traffic to Gateway Pundit. From October to November, the site’s traffic nearly doubled, from roughly 30 million to nearly 60 million, website analytics company SimilarWeb reports.

Gateway Pundit’s massive growth brings it ever closer to what’s now becoming mainstream conservative news. During the 2016 election cycle, Gateway Pundit, founded in 2004, emerged as the third-most popular right-wing news site on Facebook, a Harvard University study found. Each year Trump’s been in office, its traffic has increased, even as Hoft whined in 2018 that Facebook, endeavoring to combat fake news and misinformation, had reduced conservatives sites’ reach by 93% since the 2016 election.

Axios reports that Gateway Pundit gained an even larger share of this traffic in the aftermath of the November election.

While Trump, who had his own share of such scandals, steered mostly clear of Hunter Biden’s sex life, he displayed no such restraint on other matters. He even brought a former business partner who’d turned on Hunter to the Oct. 22 debate in an attempt to rattle Joe Biden. Time and again, Trump tried to convince voters that his opponent was compromised by and potentially involved with his son’s business dealings. Much of what Trump was saying and tweeting was directly ripped from Gateway Pundit stories attempting to make the case that the Bidens are corrupt.

Both the outlet and the candidate hammered allegations that the Bidens are unduly influenced by China. While federal authorities are now investigating Hunter Biden’s business dealings in the country, his father is not a subject of the investigation. In December, outgoing Attorney General William Barr publicly broke with Trump when he said that a special counsel was unwarranted.

At campaign rallies in October, when the laptop story was at its zenith, Trump also referred to Hunter Biden’s drug use, which the Gateway Pundit covered with breathless glee. Like the outlet, the Trump campaign made much hay out of Biden’s struggles with addiction, about which he and his father have been open. At the first presidential debate, Trump referenced the younger Biden’s cocaine use. The following day, Donald Trump Jr. called him a “crackhead” on Glenn Beck’s show. Days earlier, Trump Jr. and girlfriend Kimberly Guilfoyle released a video reacting to a Gateway Pundit story alleging that Hunter Biden had used sex workers.

Trump would’ve been unable to make these claims without the network of loyal outlets like the Gateway Pundit to amplify them. But it was all part of the plan hatched months earlier.

Weeks before the first laptop story broke, Steve Bannon told Dutch television, “We have the hard drive.” Five days after the Post broke the first Biden laptop story, Bannon admitted he was behind it. Bannon told the far-right Zero Hedge that he’d tipped off the Post about the computer in July. He knew about it through Giuliani, who had a copy of the contents.

Most people would probably keep such information to themselves, but no one has ever accused Steve Bannon of being most people.

“The Bidens are about to be hit with multiple stories from multiple media sources based off evidence beyond the hard drive,” Bannon vowed. “…We already have set in motion the various apparatuses that will release everything.”

After the first story broke in the Post, Bannon and Giuliani seem to have basically handed out the hard drive’s contents to any conservative outlet that wanted it. On Oct. 18, Jack Posobiec of One America News Network (OAN) tweeted merrily that he was en route to getting the emails. Meanwhile, requests for the contents from legitimate news organizations like NBC News went ignored.

Once they had their hands on it, reporters in the right-wing media sphere attacked the cache of information.

The Gateway Pundit was one of the biggest beneficiaries of the scoops therein, possibly because of the longtime friendship between Bannon and Hoft. Politico reports that when Hoft fell ill in 2013, it was Bannon who stepped in to take over the Gateway Pundit’s day-to-day operations. Today Hoft’s a frequent guest on Bannon’s show; he also wrote for Breitbart when Bannon was at the helm.

That cozy relationship didn’t stop one of the Gateway Pundit’s reporters from bickering with Raheem Kassam, editor of the National Pulse, and co-host of Bannon’s show, about how the material was being covered. “I’m trying to explain to bloggers that it’s not just about going thru pics and going ‘hurr hurr dick pic,'” Kassam tweeted on Oct. 30, according to screenshots posted by reporter Jared Holt. The reporter, Cassandra Fairbanks, had complained that they’d only had “it for a few hours,” to which Kassam replied, “Your bosses have had the info as long as I have btw. They’ve been on our show all week.”

That day, the Gateway Pundit published an article by Joe Hoft, Jim’s twin, about Biden recording himself watching pornography with a sex worker in a church. Fairbanks wrote many of the Gateway Pundit stories about Biden’s laptop. Many hammer home the same point that Trump was trying to make on the campaign trail: The son compromises the father.

“The explicit leaks are riddled with drugs and what appear to be prostitutes,” Fairbanks wrote on Oct. 24. “They have called into question whether or not a Biden presidency would be a national security threat with the amount of blackmail material on his son.” (She doesn’t seem to realize that it’s only blackmail-worthy if no one knows about it.) That story cites a Chinese billionaire who released explicit photos and videos purportedly of Biden, saying the man, Wang DingGang, promised to release 10,000 more. As Australia-based ABC News reported, in late September, around the same time Bannon was doing the same on Dutch television, Wang teased the cache of data on YouTube. “A fellow fighter of our whistleblowers’ movement got it,” Wang reportedly said.

The Gateway Pundit story does not say, however, that the “fellow fighter” is likely Bannon or one of his close associates.

Wang belongs to a group of online influencers led by Guo Wengui, the exiled Chinese billionaire whose yacht Bannon was on when he was arrested for fraud last summer. (He’s pled not guilty.) Wang, Bannon, and Giuliani were seen together palling around in a photo that circulated heavily on Twitter in September.

Nor does it note that Guo and Bannon are media partners in a company, GTV Media Group, that’s reportedly being investigated by the FBI and Securities Exchange Commission. Their website, GTV, also released sex tapes that allegedly feature Biden, including one that has more than 4 million views.

According to ABC News, Guo’s websites polluted the internet with rumors about Biden in the weeks after Wang and Bannon teased the laptop. This was all part of a lead-up that culminated with the New York Post story, then emanated throughout the right-wing media ecosphere through outlets like the Gateway Pundit.

The goal of all this was simple: re-elect Trump. In an almost perfect replica of the 2016 Trump campaign, they got dirt through questionable means and used it to muddy the waters, or, as Bannon says, “flood the zone with shit.”

The Gateway Pundit, along with all the other outlets that were working in concert, were the toilets flushing the laptop’s contents into the national consciousness, one scoop at a time. Every story published about Hunter Biden was part of a long-term strategy that points back to the Trump team.

This time they failed to capture lightning in a bottle, but not for lack of trying.