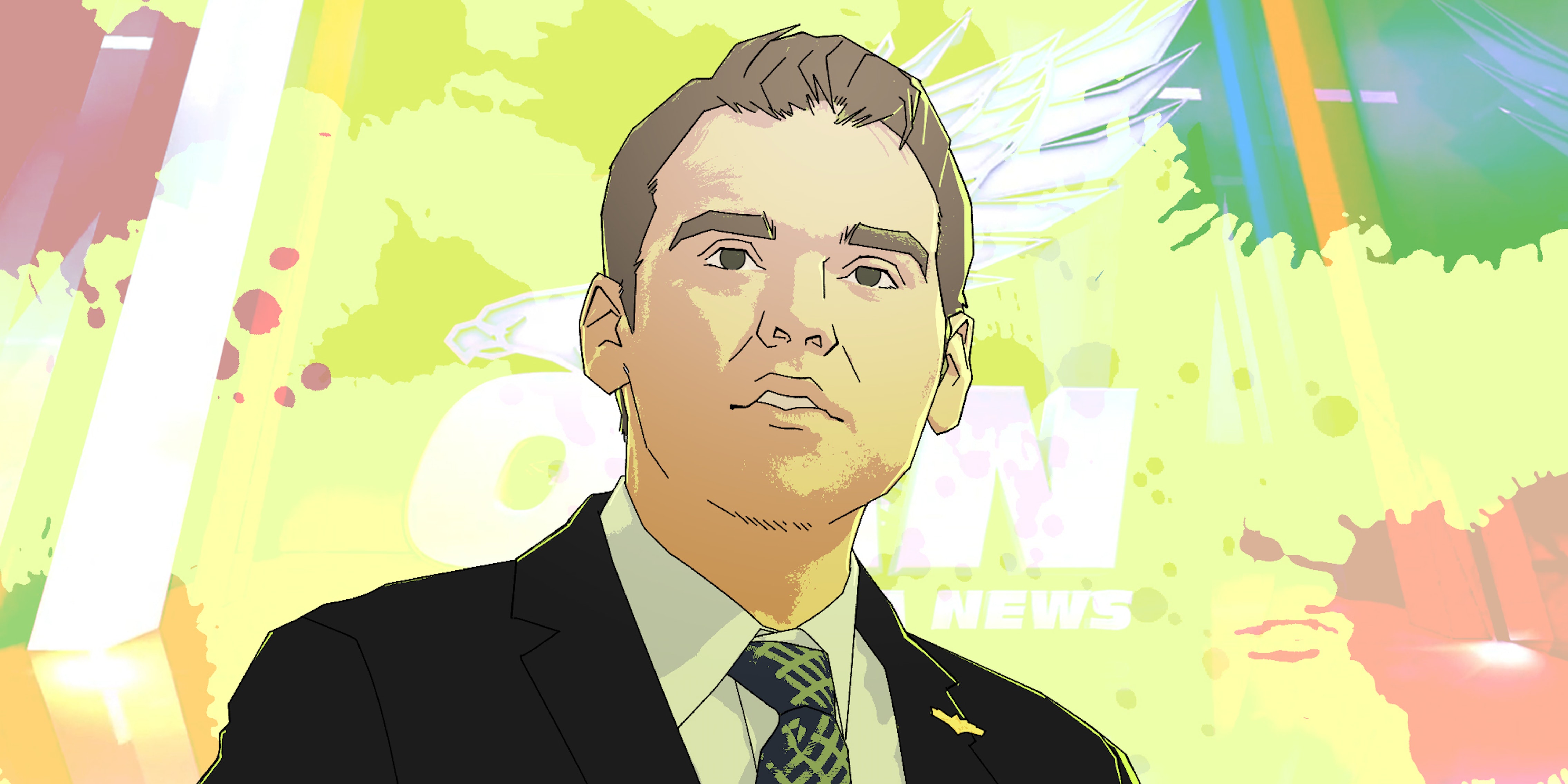 His inaccurate reporting helped the president stunt a nationwide protest.

On May 31, President Donald Trump tweeted: “The United States Of America will be designating antifa as a terrorist organization.”

Five days earlier, millions of Americans had gathered throughout the country to protest the killing of 46-year-old George Floyd by Minneapolis police. It became the single-largest protest movement in American history.

The George Floyd protests were overwhelmingly peaceful, but that didn’t matter to those looking to exploit his death: Many individuals found opportunities to take advantage of activists, and foreign disinformation was ubiquitous during the unrest. But there were also domestic actors discrediting the protests.

Posobiec’s gift of promoting relentless disinformation was perfect for the Floyd protests. On the day of Trump’s proclamation about “antifa,” the left-wing movement against fascism and neo-Nazis, Posobiec tweeted 34 times to his then-780,000 followers. It was a barrage of claims looping in Rep. Alexandria Ocasio-Cortez (D-N.Y.), TikTok, and communism.

But one claim was particularly weird.

“FLASHBACK: Antifa members trained with designated foreign terrorist group in Syria,” Posobiec tweeted, sharing a link to a story of his from October 2019.

It played a central role in how antifa and the nationwide Floyd protests were perceived.

Trump’s Department Of Homeland Security (DHS), over six months later, would repeat the exact same story, setting the stage to smear many of the protesters pushing for racial justice as foreign-trained domestic terrorists.

Posobiec joined OAN in 2018 sometime after being fired from right-wing outlet Rebel News amid plagiarism allegations. Prior to that, he was best known as a Game Of Thrones blogger and opportunistic Pizzagate hoaxster.

OAN is a pro-Trump propaganda outlet owned by Herring Networks CEO Robert Herring. Trump has gushed about its “incredible reporting” and OAN’s subservience to Trump is well-chronicled. Posobiec—its star reporter—is fixated on antifa. In just a 3-day stretch after Floyd’s death, as protesters took to the streets, he tweeted about antifa more than 70 times.

That’s his move. Since 2018, Posobiec’s unleashed relentless disinformation about anti-fascists on television, Twitter, podcasts, and even a full-length movie.

His Twitter feed is incessant with reports (usually poorly sourced and passed along without verification) of antifa presence at protests and attacks that have often been perpetrated by people with no affiliation to antifa.

But “Kurdish Militia Trained Antifa Fighters,” the segment from October 2019, raised questions about a chain of propaganda that worked all the way up to the Trump administration.

In it, Posobiec’s chyron declares, “REPORT: KURDISH MILITIA TRAINED ANTIFA FIGHTERS IN NORTHERN SYRIA.” Nowhere in Posobiec’s story does he ever explain what actual “report” gives weight to his claims.

Posobiec’s guest for this segment was Brad Johnson, whose LinkedIn profile states is a former CIA officer. The Daily Dot contacted the Central Intelligence Agency for comment on Johnson, which did not confirm or deny personnel records. Johnson also declined a request for comment.

While some reports on Johnson’s website, intelform.org, reference Kurds or antifa, only one, “Who Are The Kurds” by Barry Webb, makes reference to both. But that’s a report which disagrees with the whole premise of Posobiec’s segment about antifa. Webb reports: “Some in the media have assumed that this means that the YPG (People’s Protection Units), as well as the PKK (Kurdistan Worker’s Party) has trained ‘antifa.’ That is probably a leap too far.”

Where Posobiec and Johnson get the sourcing for their OAN segment is never referenced. All they claim is that YPG was formerly known as the “International antifa battalion,” without sourcing even that claim. It seems, in other words, that they hinge an entire narrative on a naming technicality.

Details about antifa working with the Kurds become wilder in the same segment. According to a Rolling Stone article from 2018, yes, there are Americans who went to Syria to fight alongside Kurdish militias, and a handful self-identified as antifa. However, there is no evidence they have connections to decentralized anti-fascist activists in America.

Johnson went on to ask, “What does antifa want with a bunch of seasoned combat veterans, why do they need that to supplement their movement?” implying the movement was bracing for war without actually proving people had come back from Syria after being trained to terrorize.

But when the Floyd protests started, Posobiec was quick to reiterate the non-existent link.

Furthermore, Johnson’s statement that, “rumors are … antifa sent in about 500 troops to fight in [Syria]” is not backed up by evidence, and the claim that “many of which were killed, and many of which survived to come back” is also fact-free. Antifa, a decentralized group, linked only by a name, with no leader, does not “send in” troops anywhere. And numerous deaths of American citizens in Syria would have been more widely reported.

But the evidence does not seem to matter to Posobiec. In December, Posobiec gave an interview to Turkish state media. Billing himself as an “intelligence analyst,” he promoted the same story from OAN. (Posobiec served in Naval intelligence, but his security clearance was revoked.)

Months after Posobiec’s story, President Recep Tayyip Erdoğan from Turkey, an autocrat with a gift for understanding Trump, initiated a virtually identical propaganda campaign which included foreign state media and personal phone calls to convince Trump that anti-fascist soldiers were receiving training in the Syrian civil war alongside the Kurdistan Workers Party and People’s Protection Units, long enemies of the Turkish government.

A DHS report uncovered by journalist Ken Klippenstein in June, the same time that Erdoğan was telling Trump that antifa was fighting with the Kurds, showed DHS officials were simultaneously tying antifa to foreign powers.

It was work that Posobiec was still pushing without evidence months after he first ran with it.

But the goal is seemingly not to get it right, or prove what is true, but to just float it into the world and hope it sticks. In this case, it did, helping the Trump administration undercut a nationwide protest movement for racial justice.