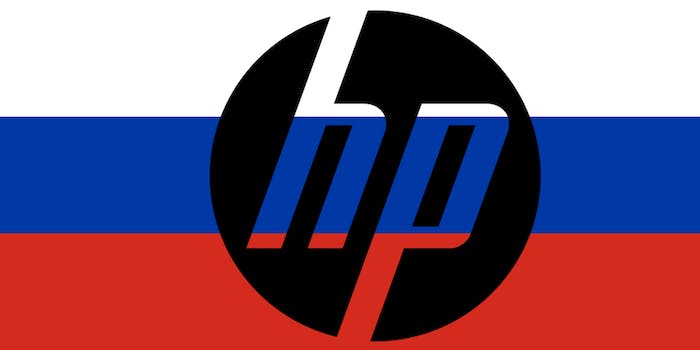 The company will be fined nearly $60 million.

The technology company Hewlett Packard Co. (HP) was fined almost $60 million on Sept 11., after pleading guilty to the charge that former employees had bribed Russian officials.

The company has been fined $58.7 million for this violation—but it’s not their only transgression. Other HP subsidiaries have been found guilty of falsifying records to “corruptly secure and maintain” contracts with the Polish police, in addition to paying “more than $600,000 in cash bribes and gifts,” USA Today reports.

The Mexican subsidiary was also at fault, paying a bribe in excess of $1 million to a consultant with ties to the state-owned oil company. According to the AP, “the plea and sentence are part of a larger agreement reached in April with the Justice Department and the Securities and Exchange Commission.”

All in all, Hewlett Packard faces a $108 million fine for its crimes. The company’s general consul John Schultz has previously said that those responsible for the “misconduct” are no longer with the company. None of the Russian agencies implicated in the case have faced legal action in Russia, and the Moscow Times reports that numerous other big companies have recently admitted to violating the FCPA—including Daimler, Seimens and Pfizer.