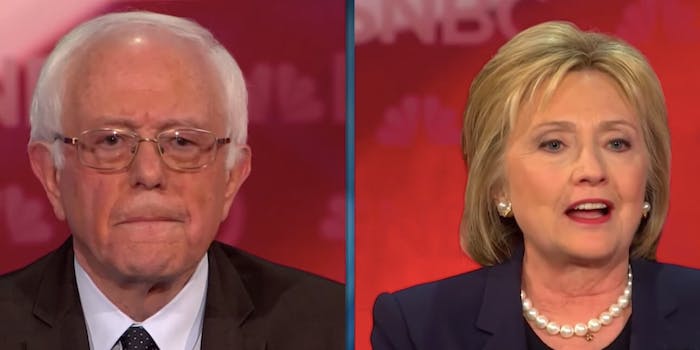 They originally dubbed it the 'Bye, bye Bernard' call.

BuzzFeed News reports “dozens” of former Clinton staffers from her 2016 presidential bid received a mass email that included a Zoom link, with part of the call titled, “Bye, bye Bernard.”

The news threw some for a loop, with many noting its insensitivity in a time where the world is dealing with a global pandemic. The news also came in the aftermath of a Wisconsin primary, which some are calling “illegitimate.”

Some have said online that despite their involvement with the “Hillary for America” brigade, they saw no fun in others’ “pettiness” about Sanders suspending his 2020 campaign.

Despite the call being scheduled for 4pm in the afternoon, it was canceled by 3:30pm after undergoing several title reiterations. The name of the call had been changed to “HFA end of primary celebration toast,” from the original “Bye, bye Bernard (HFA celebration toast),” according to BuzzFeed News.

Clinton has yet to comment on Sanders dropping out of the 2020 race.

With Sanders now out of the 2020 race, the path has been cleared for former Vice President Joe Biden to become the likely 2020 Democratic nominee for president.

In a recent Hulu documentary series, Clinton criticized Sanders’ tenure in the U.S. Senate when discussing going against Sanders in 2016.

“Nobody likes him,” Clinton said in the documentary. “Nobody wants to work with him. He got nothing done.”

In an interview with the Hollywood Reporter, Clinton said she stood by the words she shared in the documentary.