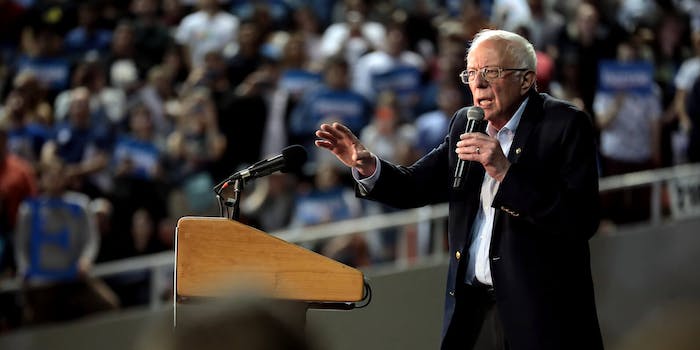 Bernie Sanders is suspending his 2020 campaign

The move clears the path for Joe Biden to take on President Donald Trump.

Sen. Bernie Sanders (I-Vt.) is suspending his bid to become the 2020 Democratic nominee for president, according to numerous reports.

With Sanders—who has amassed a passionate and large following during his two presidential runs—dropping out of the race, it clears the path for former Vice President Joe Biden to lock up the Democratic nomination to take on President Donald Trump.

Sanders is expected to address his supporters on Wednesday morning.

The Vermont senator pushed an aggressive, progressive agenda during his 2020 campaign and seemed to be the frontrunner early in the primary process.

However, after Biden secured a big win in South Carolina and performed extremely well on Super Tuesday, Sanders’ campaign lost momentum, especially as other candidates dropped out and rallied behing Biden.