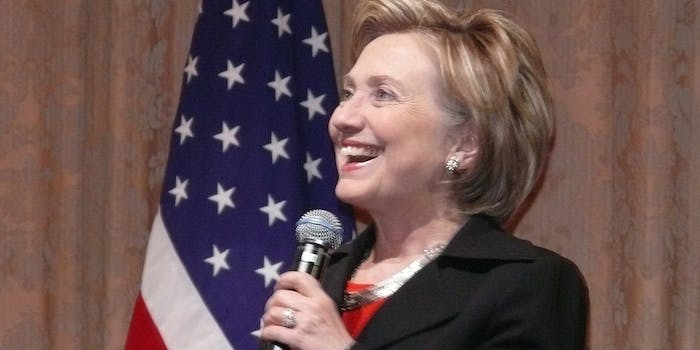 Platte River Networks took over maintenance of Clinton's email server after her term as Secretary of State.

Hillary Clinton‘s thousands of deleted emails may still be recoverable, according to the tech company that managed the private server at the center of the presidential candidate’s email scandal.

Platte River Networks, the company that managed Clinton’s server, told the Washington Post that it had “no knowledge of the server being wiped.” Clinton has stated that she deleted 31,000 emails that contained personal correspondence. But even though the emails were deleted, they may be recoverable if the server was not wiped.

The Washington Post reports that Clinton cracked a joke about wiping the server at a campaign event last month. “Like what, with a cloth?” she said in response to a question about whether or not the server was wiped. She continued, “I don’t know how it works digitally at all.”

Platte River Networks took over maintenance of Clinton’s email server after her term as Secretary of State. Copies of the work-related emails that were not deleted were turned over to the State Department. The Department is releasing the emails to the public in redacted clusters.

“The revelation that Clinton never ordered the server wiped could bolster her statements that her actions have been aboveboard, suggesting that she did not take active steps to hide her e-mails,” the Post reports.