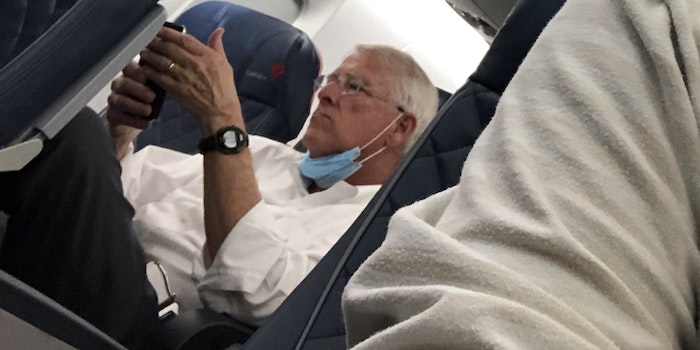 Citizen exposes GOP senator for not wearing mask on plane

'Please wear a mask, even if you're a senator.'

A photograph that shows a Republican senator wearing a mask incorrectly on a plane has gone viral on Twitter.