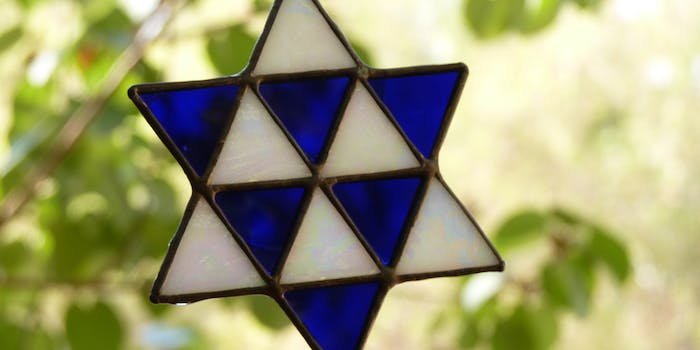 As most of us know, according to a select group of ignorant people, Jews run Hollywood and the rest of the liberal media. Why do you think there are so many movies about Bar Mitzvahs? And don’t even get me started on those annual Hanukkah films!

uhhhhh hey google you might wanna check your algorithm pic.twitter.com/vc0KSKK9LZ

The Guardian reported that before Google corrected the above search error, the first ten results for “who runs Hollywood” included “jews,” “gay jews,” and (the obviously correct answer) “the illuminati.”

A Google spokesperson assured multiple publications that “…the views expressed by such sites are not in any way endorsed by Google.”

Now when you Google “who runs Hollywood,” the first results are articles about the recent mishap. The third result is an article by Ben Stein that asserts that Jews actually do run Hollywood. The seventh result alleges that John Travolta believes gay Jews run Hollywood. Cute!

The whole incident raises a pressing question: Do the Jews, in fact, run Hollywood? According to a 2008 opinion piece in the Los Angeles Times by columnist Joel Stein, pretty much, yeah:

The Jews are so dominant, I had to scour the trades to come up with six Gentiles in high positions at entertainment companies. When I called them to talk about their incredible advancement, five of them refused to talk to me, apparently out of fear of insulting Jews… As a proud Jew, I want America to know about our accomplishment. Yes, we control Hollywood. Without us, you’d be flipping between ‘The 700 Club’ and ‘Davey and Goliath’ on TV all day.

What I see as the larger issue here is that Hollywood is run by white men. The definition of whiteness has expanded since the idea that Jews run Hollywood gained prominence. Perhaps this Google flap can catalyze a larger discussion about the lack of women and people of color in leadership positions in Hollywood.

Otherwise, all we really have to look forward to is Paul Blart Mall Cop 3: It’s Personal This Time and Guy Ritchie’s long-awaited The Man from U.N.C.L.E: Sherlock Holmes Edition.