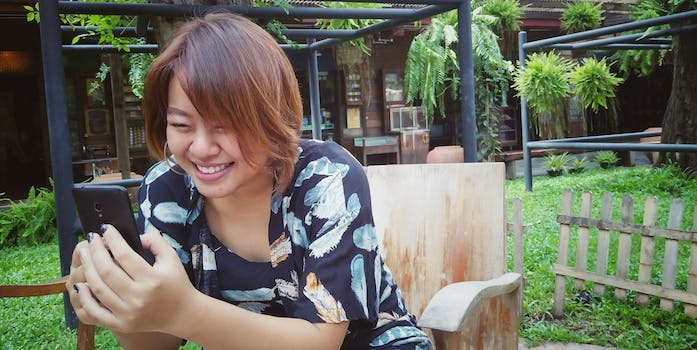 30 funny Facebook status updates that will crack you up

You’re scrolling through Facebook and quickly getting bored and frustrated by all of the routine life announcements, pictures of vacations you’ll never take, and weird political views of distant relatives and mostly forgotten high school friends. Just as you’re thinking about deactivating your Facebook account, unfriending someone, or just permanently deleting the app altogether, you stumble across a funny Facebook status, the kind that makes you remember why you got hooked on the social network to begin with. Your day got just a little bit better.

We’ve all been there. As much as Facebook can seem like a haystack of bad ideas, there are some needles of comic relief waiting to be found. Here are some funny Facebook status updates that will leave you searching for the Like button.

This student should get an extended deadline for their brutal honesty, and the teacher who posted the status should maybe shave his mustache.

Almost everyone who has a Twitter account and some sort of filter can relate to this status. Should I post this tweet? What if I offend someone? What if I get fired? What if I am not as funny as I think I am and get called out for it? The process before tweeting is a downward spiral of contemplation.

This student is either trolling everyone or trying to improve his creative storytelling skills.

Reddit user CoolComicGuy draws comics stemming from his friend’s Facebook statuses, and they are as twisted as they are hilarious.

The Reddit user who posted his old friend’s status reminds us all that sometimes it’s worthwhile to remain Facebook friends with old classmates.

This class clown‘s sarcasm is about as on-point as Ne-Yo’s ability to land a high note.

We get it; you’re gluten-free, but you don’t have to tell everyone about your choice to eat bread within the first five minutes of meeting someone.

Sometimes the olds don’t catch on to internet slang, and in this case, the innocent misunderstanding made for a funny story.

Facebook statuses aren’t usually considered breaking news, but this one made the news back in 2007, even though the amusement park disputed the story.

These particular statuses were never actually posted IRL. However, if historical events (or catastrophes in this case) had the chance to post one thing on social media before landing in the textbooks, it would probably look something like this.

Not sure if the undead “celebrates” would agree with this far-fetched conspiracy status. Really makes you think.

It sounds like this baby is way too busy exploring to eat something as boring as eggs and toast.

Finally, a man has figured out one of the worst annoyances in the world the hard way.

This premeditated plot had to come from the mind of an evil genius.

No comment. Even though this is a really hopeful concept.

This status is a power move, for sure. If only they revealed what happened next.

We can all relate to this. If you’d take the time to recommend a good movie how hard can it be to casually suggest a new bae?

It depends. Was this after she reclaimed the throne post-breakup with Meek Mill?

This seems like something you should know before a relationship even starts? But there’s no arguing with that reaction. “SPEW” indeed.

Everyone has at least experienced this minor (or major) inconvenience in their life before. Just stay away from the no-show socks.

Lunch must have been a real bummer if they mistook it for trash.

Do you ever encounter those comments that make you want to recommend a great therapist? Or at least a wikipedia page? Or a basic anatomy book?

If you don’t know that the people in armored suits are actually called Storm Troopers, then you’ll definitely have a lot to learn at Comic Con.

The odds this wanted man in North Wales didn’t turn his location services feature off is probably pretty low. Props for trying, though.

What’s  funnier than scrolling through your newsfeed and seeing posts from forgotten high school friends? Posts from your old self coming back to haunt you.

If you’re going to try and tell someone off, a spell check might be a good first step.

The Australian police are at it again, bringing humor to community crime (if you ignore the occasional spelling error). Honestly, whoever is running the New South Wales Police Force’s social media needs a raise.

Even though Szechuan sauce is a perfect bribe, this guy wasn’t so lucky trying to scam his way into a special program. It made for a pretty hilarious rejection letter, though.