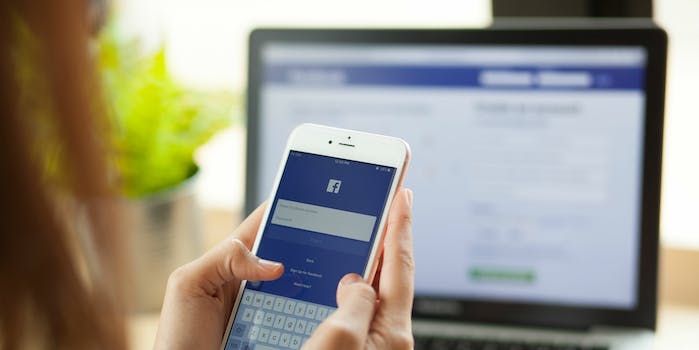 Need to change your name on Facebook? Here’s how

Facebook has a lot of rules about changing your name.

There are times when you may want to change your name on Facebook. Perhaps you’ve outgrown a childhood nickname. Or you’ve gotten married or adopted and want to update your surname. Unfortunately, Facebook is pretty strict about some of its policies, and the “real name” issue is one of them.

If it’s time to change your name on the social network, here’s what to do.

On the desktop, tap the downwards-facing arrow in the upper right. Then, select Settings. Under General, you’ll see your name, username (URL), your contact email, and other information. Click Edit next to “Name.” From there, you can enter in a new first, middle, or last name.

On the app, the process is similar. Tap the Settings button, then select Account Settings. From there, tap General. Select the arrow next to your name, and then you can edit your name on Facebook.

Before you attempt this though, you should familiarize yourself with Facebook’s name guidelines. The name you use on Facebook should be “the name that your friends call you in everyday life,” according to Facebook’s Help section. It shouldn’t include a symbol, number, or “unusual capitalization.” It shouldn’t include characters from different languages. It also shouldn’t include a title (so if you’re a proud Dr., Mrs., or Captain, you’ll have to go without). You also can’t use a word or phrase instead of a name or include an offensive or suggestive word. The name should match what’s listed on your ID. However, a nickname is OK as long as it’s a variation of your given name—for example, Chris instead of Christopher.

If you want, you can also add a second name to your account in the “Details About You” setting of your profile. To do this, tap the About section on your profile, then Details About You. Under Other Names, select Add a nickname, a birth name…, and then the type of name you want to add.

Now you can enter the name, and if you check off “Show at top of profile,” Facebook will show this name alongside the main name tied to your Facebook account. I’ve found this feature useful for friends who’ve gotten married and changed their last name—they’ll often list their maiden name here as a secondary name.

If you violate these Facebook name rules, you have one of three choices. You can remove whatever Facebook finds offensive; you can send a copy of your driver’s license to confirm that what you’re using in fact what your name is, or Facebook will block your account. In some cases, you can challenge Facebook if it doesn’t believe your name is accurate, though. You just have to provide more information about your situation.

However, if you follow the guidelines above, your request for a name change should be totally fine.