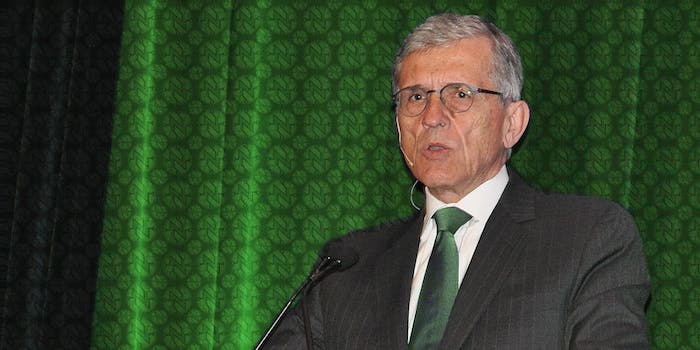 Strong net neutrality has finally arrived in the United States.

As expected, the Federal Communications Commission voted 3-2 Thursday morning to reclassify broadband Internet service as a utility, using the authority Congress granted to it with Title II of the Communications Act. The reclassification will prevent providers from charging certain networks extra to operate at full speed, or blocking access to legal content, practices Internet activists have long warned would harm the equality of the Internet.

“The American people reasonably expect and deserve an Internet that is fast, fair, and open,” FCC Chairman Tom Wheeler said during Thursday’s meeting. “Today they get what they deserve: strong, enforceable rules that will ensure the Internet remains open, now and in the future.”

“The FCC’s vote on Thursday may be the most important victory for the public interest in the agency’s history.”

Unlike the FCC’s original Open Internet Order of 2010, the new net neutrality rules apply to both wireline and mobile broadband.

“The FCC’s vote on Thursday may be the most important victory for the public interest in the agency’s history,” Craig Aaron, President and CEO of the Internet freedom group Free Press, said in prepared remarks anticipating the decision.

It’s welcome news to a broad coalition of net neutrality supporters who have supported reclassification, which include indie rock bands, Netflix, Twitter, Tumblr, World Wide Web creator Tim Berners-Lee, and Tim Wu, who coined the term net neutrality, and most importantly, some four million regular people who sent formal comments to the FCC when it requested the public’s input in 2014. The latter overwhelmed the Commission; it was by far the largest public response it’d ever received.

Wheeler: "Today, history is being made by a majority of this commission, as we vote for a fast, fair, and open Internet."

In the weeks leading up to the vote, several groups, many of them tied to Internet service providers (ISPs), led a conservative charge against net neutrality. They argued that reclassification would force taxpayers to pay an additional $11-15 billion a year, or that President Obama’s endorsement of reclassification in October was tantamount to a “federal takeover” of the Internet.

“New broadband taxes are coming,” warned dissenting FCC Commissioner Ajit Pai during the hearing. “It’s just a matter of when.”

Pai, who spoke for nearly half an hour against the FCC net neutrality proposal, also repeatedly referred to the FCC proposal as “Obama’s plan to regulate the Internet,” and falsely claimed that a small ISP highlighted by Obama had opposed Title II reclassification.

The “federal takeover” claim is heavily disputed, and Wheeler called the characterization “nonsense” during Thursday’s meeting.

Officials at the FCC instead insisted to the Daily Dot that FCC chairman’s decision to pursue “true” net neutrality with reclassification, rather than some sort of “hybrid” model, was simply a direct result of such a clear public outpouring.

“Today, we are celebrating an impossible victory. A victory that no one thought would happen. But the Internet has changed the rules for what is and isn’t possible in Washington, D.C. and in our democracy,” Evan Greer, campaign director for the Internet freedom group Fight for the Future (FFTF), told the Daily Dot. FFTF, a grassroots open-Internet advocacy group, led the campaigns that directed more than a million pro-net-neutrality comments to the FCC.

“Those in power should take note: the future belongs to the people,” she said, “and with the power of the open Internet, we are unstoppable.”

In a statement released after the FCC vote, House Speaker John Boehner (R-Ohio) lambasted the new net neutrality rules, calling them “secret plan to put the federal government in control of the Internet,” and compared FCC regulations to the Affordable Care Act, better known as Obamacare.

“The FCC is supposed to be an independent agency, but the White House has once again meddled where it shouldn’t in order to advance what one commissioner has described as ‘a solution that won’t work to a problem that doesn’t exist.’ And like Obamacare, the Obama administration’s plan for the Internet may not work, but it will create years of uncertainty and lead to expensive legal fights. More mandates and regulations on American innovation and entrepreneurship are not the answer, and that’s why Republicans will continue our efforts to stop this misguided scheme.”

Of course, the battle is never fully over. There remains a strong likelihood that ISPs will sue the FCC once its rules are entered into the federal register. While Republicans in Congress may try to use their legislative powers to overturn the decision, it’s likely that Obama would veto such a bill, though there’s always the possibility that a future government, or future FCC layout, would think otherwise.

But for now, at least, net neutrality is safe.