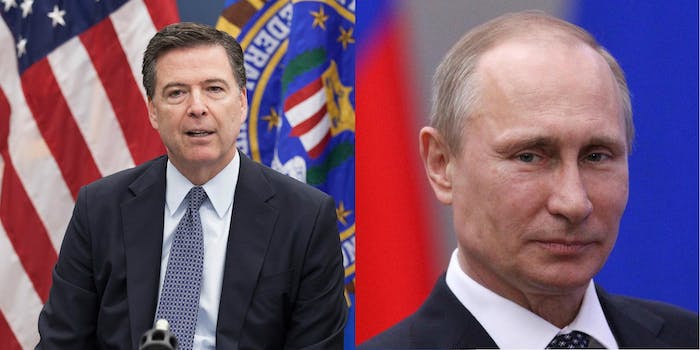 The directors of the FBI and the Office of the Director of National Intelligence (ODNI) support the CIA‘s assessment that Russia hacked U.S. political entities with the goal of swaying American voters toward President-elect Donald Trump, according to the Washington Post.

The report refutes claims by some lawmakers and political pundits that the CIA was alone in its determination that Russia specifically supported or opposed one American presidential candidate over another. However, proving the intent of Russian leaders remains difficult without admission, and Russia has consistently denied carrying out any cyberattacks.

In a memo to CIA staff, Director John Brennan said he spoke with FBI Director James Comey and Director of National Intelligence James Clapper regarding the agency’s findings on Russia.

“Earlier this week, I met separately with (Director) FBI James Comey and DNI Jim Clapper, and there is strong consensus among us on the scope, nature, and intent of Russian interference in our presidential election,” Brennan wrote.

“The three of us also agree that our organizations, along with others, need to focus on completing the thorough review of this issue that has been directed by President Obama and which is being led by the DNI,” he added.

Unnamed U.S. officials tell the Post that Russia did not only aim to help Trump’s election chances against Democratic nominee Hillary Clinton, but that it had multiple goals, including damaging views of the U.S. electoral system.

Trump and his team have consistently cast doubt on claims that Russia carried out cyberattacks against the Democratic National Committee (DNC) and Clinton campaign chairman John Podesta—tens of thousand of stolen emails from which were published online, including on WikiLeaks—to help their team win.

Clinton says Russian President Vladimir Putin has a long-standing grudge against her for calling the 2011 Russian elections unfair during her tenure as secretary of state. Putin reportedly personally approved the cyberattacks against the Democratic entities.

The ODNI announced Thursday that it will release a report on all attempts by foreign governments to interfere in U.S. election from 2008 to 2016 in the “coming weeks.”

Trump will, barring unexpected circumstances, be officially certified as president-elect when the Electoral College votes on Monday, Dec. 19.