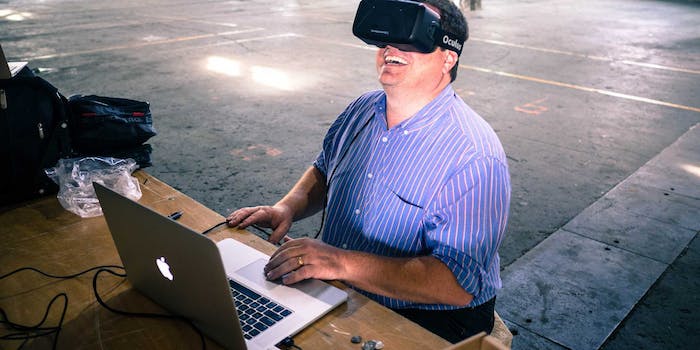 Facebook plans to continue its push into virtual reality, according to Chris Cox, chief product officer for the social media giant. Cox outlined in broad strokes the company’s plans to bring VR to its apps at Tuesday night’s Code/Media conference in Dana Point, Calif.

Cox did not offer much in the way of details or a concrete timeline for his proposals. His comments nevertheless signal the company’s intentions for its $2 billion purchase of Oculus VR, creators of the popular Oculus Rift VR headset.

“When you’re in Facebook [currently], you’re just sending around these bits of experience—a photo, a video, a thought,” Cox said. “But with VR you’ll be ‘sending a fuller picture.’”

Cox also said users will be able to create their own VR content. “Totally. You’ll do it, Beyoncé will do it.”

It remains unclear how Cox envisions users doing this, since such production still requires a significant investment in time and equipment. Cox acknowledges these difficulties and admits that it could be “awhile” before we see VR become an everyday element of the Facebook experience.

Cox’s comments echo those of Mark Zuckerberg when he announced the Oculus acquisition last March. “Imagine sharing not just moments with your friends online, but entire experiences and adventures,” wrote the Facebook CEO.

For now we’ll have to take Zuck quite literally and continue to imagine. But Facebook’s apparent seriousness about tackling the budding technology means we could see its full-fledged implementation sooner than we thought.