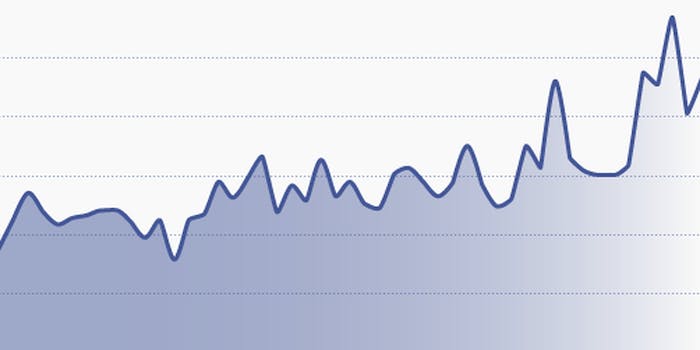 They say imitation is the sincerest form of flattery, right?

A change to Facebook’s newsfeed algorithm this past year, designed to put more newsworthy stories on the homepage in lieu of memes and other viral content, has substantially increased the total amount of Web traffic originating from the site. Facebook is firmly second only to Google in terms of where Web traffic originates.

This seems to come at the detriment of Reddit, which saw the total share of traffic referrals decline even as the number of total visitors to its site increased, actually hitting an all-time high. These trends correlate to changes both social networks have made this year that have them acting more like one another.

In March 2013, Facebook announced its intention to become “the best personalized newspaper in the world,” with a retooling of the algorithm determining what shows up in users newsfeeds. The focus became less social and more about aggregating content, which is of course what Reddit was founded on.

Conversely, Reddit, a network originally designed for link-sharing, has begun to embrace its own social tendencies. The rise of the Ask Me Anything (AMA) and other self-contained conversational threads has kept more users on the site instead of clicking through to other Web pages.

The result? Even though Reddit saw total user traffic increase by 83 percent, to 731 million unique visitors for 2013, it’s overall share of traffic referrals declined 36 percent, according to Parse.ly, an Internet analytics firm.

In the past year, the total share of Web traffic generated by Reddit dropped from 0.33 percent to 0.21 percent. At the same time, the amount of traffic generated by Facebook soared to new highs. In January 2013, the social network accounted for roughly 2 percent of all traffic referrals on the Web—no small feat on its own. But now, the site is responsible for nearly 5 percent of all traffic on the Web, a massive achievement that puts it second only to Google, a site whose original purpose was only to find other websites. 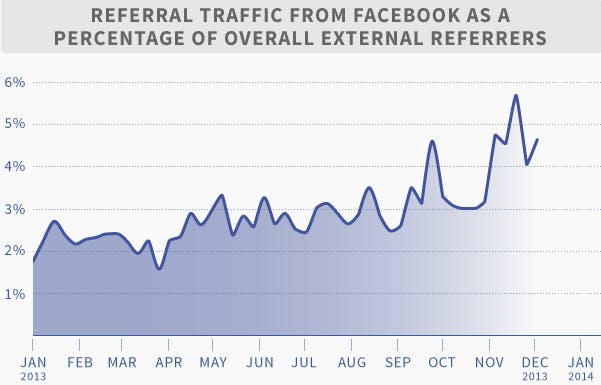 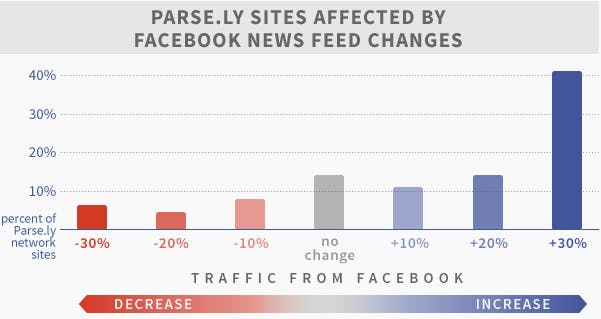 Buy comparison, Reddit was the 7th biggest generator of Web traffic, not including amalgamated news sites. Even with a dip in web referrals last year, Reddit still produced more traffic than AOL, Tumblr, Buzzfeed, or Wikipedia.