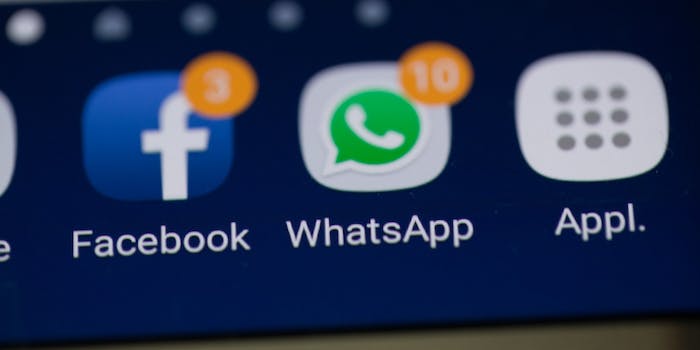 Facebook is finally doing something about how its Android and iOS apps show notifications. The social behemoth is rolling out the ability to remove certain tabs–like Facebook Marketplace and Friend Requests–from the navigation tab, and even silence the notifications they spawn.

Josh Constine, TechCrunch’s social media reporter, spotted the feature, called “shortcut bar settings,” last weekend. Speaking to the Verizon-owned publication, Facebook confirmed it is in the advanced stages of rolling out the feature to its nearly 2.5 billion users. Most iOS users should already have access to it, with Android not far behind.

To access the shortcut bar settings, tap and hold any of the shortcuts lingering on your navigation bar. On iOS, these are at the bottom of the screen, while the Android version has them placed towards the top. The Facebook app will then present you with a menu allowing you to remove that tab, or leave it without the notification bubbles.

This long-overdue move will go some way toward decluttering the Facebook mobile app experience. Let’s face it, we all detest those insidious red bubbles that float toward the top of the Facebook app, trying to commandeer our attention span from the content we genuinely care about.

Ruminations from Facebook over the past couple of years have suggested such a move was imminent. In mid-2018, a Facebook representative told CNET it would start dynamically curating the notifications bar based on the interests of the user. And while that’s not the same as handing users the reins, it suggested that Facebook understood the depth of ill-will toward this feature.

Over the past few years, technology companies (primarily Apple and Google) have argued passionately in favor of the ability to “switch off” from the often-intrusive gadgets that dominate our lives. Both Android and iOS now ship with “screen time” features that allow users to limit how much they use their phones and tablets, thereby creating healthy boundaries. In many respects, this update from Facebook fits within that theme.

The notifications tab was undeniably a cynical exercise in growth hacking, sure. A moderately gifted toddler could see it was designed to boost engagement in strategic parts of the Facebook experience at the expense of the user experience. By directing users to Marketplace, for example, Facebook can peel away market share from Craigslist, while simultaneously making money from the advertising it sells.

While that’s generally a distasteful practice, I can’t fault Facebook for finally providing users with a way to close this funnel. Of course, it’s not entirely altruistic. Facebook’s long-term survival depends on whether people enjoy using it. As a general rule, people don’t like being nakedly manipulated.

And maybe–just maybe–ditching the red bubbles and the high-pressure sales pitch will make Facebook a slightly less stressful place to be.