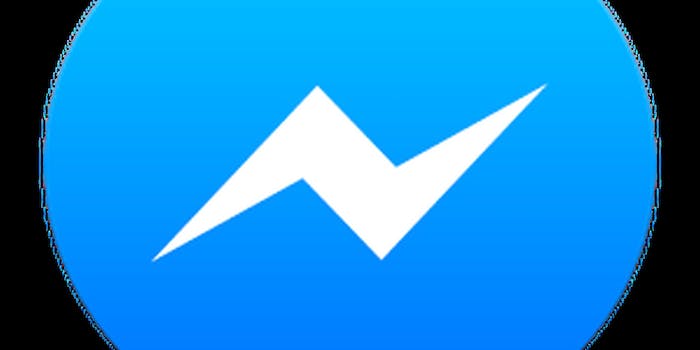 What you need to know about Facebook Messenger for Windows Phone

Facebook Messenger for Windows Phone debuted today, more than two years after it was available for iOS and Android.

Facebook Messenger is now available for Windows Phone. Facebook’s minimalist messaging app has been around for over two years, and the long lag between the app’s debut and its appearance on Windows underlines how the Windows Phone still struggles to attract big-name app makers (although it is getting better).

Facebook’s decision to finally prioritize Windows also highlights how the social network is about expanding its reach as a purveyor of standalone mobile apps.

Facebook fiends who had Windows Phones before were still able to access their messages, of course, either through the main Facebook app or through Threads, Windows’ message service that is optimized to receive Facebook messages. Windows Phone users eager to download Messenger should make sure to disable Facebook chats in Threads, otherwise they’ll receive duplicate messages. Windows user should also disable the message notifications in the original Facebook app for the same reason.

Unless you wait to die in a fiery hell of Facebook notifications, that is.

On the surface, the launch seems like good news for Windows Phone users: Their gadgets’ major flaw is the anemic app ecosystem, and now bigger names are coming. Tiny American flags for all, right? Maybe not: Adam Z. Lein at PocketNow pointed out that Windows’ native Facebook app has a function Messenger does not.

“When you receive a Facebook message while driving for example, Windows Phone will instantly announce the new message, ask if you want to read it, read it for you, then ask if you want to reply and it will transcribe and send your reply via voice if you want.  This all works if your phone is on the other side of the room, if it’s in your pocket and you’ve got a Bluetooth motorcycle helmet, or while driving a car,” he wrote.

Messenger doesn’t do that. And Lein suspects that the integrated native app will get removed in the next software update under the pretense that Messenger will replace it (there is no evidence to confirm that, however).

But for the most part, including Windows Phone users is boon; just be sure to heed to aformentioned strings attached to the download.