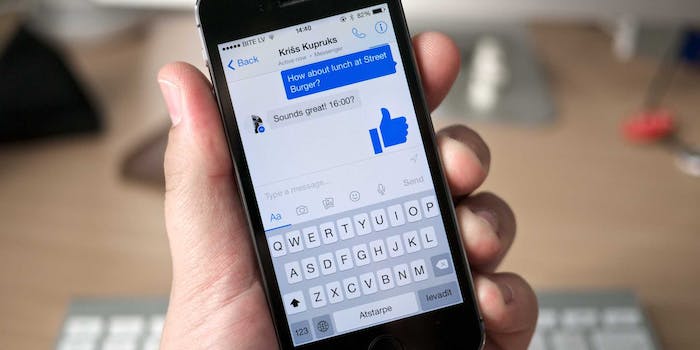 It's stalking we all opt into, but we can stop it.

We all willingly surrender an incredible amount of information to Facebook just by using the service. But even Aran Khanna, an incoming Facebook intern, was surprised to learn just how much location information Facebook’s popular Messenger app gathers.

Messenger, the primary means of communication for many people, is unsurprisingly one of the most popular apps on every mobile operating system. Facebook claims over that 600 million people use the messaging service, mostly on their mobile devices. Because it’s a Facebook product, and Facebook thrives on its users’ personal information, Messenger automatically tags every message with the sender’s location unless he or she opts out.

That location data can be used to map out where a person has been—and not just in generalities. “Latitude and longitude coordinates of the message locations have more than 5 decimal places of precision, making it possible to pinpoint the sender’s location to less than a meter,” Khanna wrote on Medium.

Khanna wrote a Chrome extension that gathers all the location data from Facebook messages and maps out the communiqués, giving you the ability to stalk your friends as they chat with you. 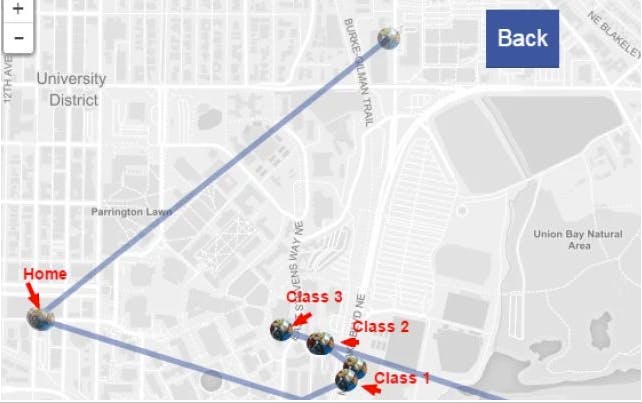 What is even scarier is that you don’t necessarily need to be friends with a person to find out where they’re posting from. Khanna says that he was able to track people in group messages even if he wasn’t friends with them on Facebook.

Khanna calls the data “fun (and creepy),” which is basically Facebook’s motto at this point. He says he has since turned off  location sharing on Messenger and has been notified by Facebook that the company is addressing the issue, meaning that the Chrome extension likely won’t work for much longer.

If you want to join Khanna is protecting your privacy while continuing to use Messenger, you can disable location sharing in a number of ways. The easiest way is to simply tap the blue arrow on the right-hand side of the message box. The more effective way, however, involves digging into the app’s settings and disabling its access to location information.