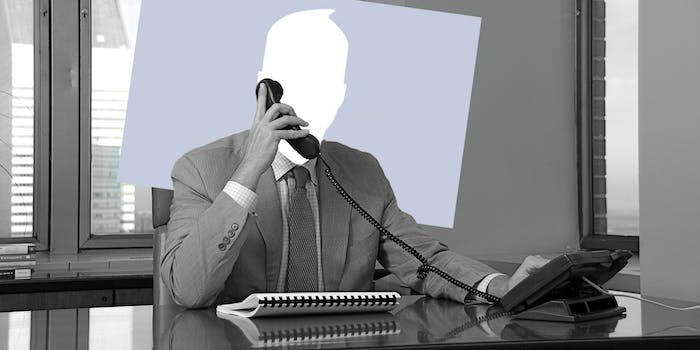 The genius of Facebook’s personality disorder

Does Facebook have a strategy or just a lot of money?

Yesterday, Facebook sorta-kinda introduced us to its new, a messaging app for Instagram similar to Snapchat called Bolt. It was a busy day for Facebook, because it also pigeonholed us into downloading the Messenger mobile app in order to use its chat function, which remains a primary part of the native Facebook experience (but for some inexplicable reason, you need to download the standalone Messenger in order to use what truly is one of the main tenants of Facebook).

But then there’s Instagram Direct, the other Snapchat-like feature that was introduced to the photo-sharing app about a year ago (and is getting a solid “doing OK” on its report card).

There’s also Slingshot, the other other Snapchat clone Facebook recently launched (and sort of seemingly desperately would like your feedback on. No, seriously, there could be $200 in it for you…).

Alright, so we’ve got four—count ‘em, four—messaging apps. But wait! There’s also WhatsApp, which Facebook acquired back in February. And that brings us to five. Five different chat applications all housed under the Facebook empire.

Bolt. Messenger. Instagram Direct. Slingshot. WhatsApp. Each with their own name, branding, and features.

What… what is the plan?

This strategy feels part quixotic (Facebook, chasing these windmills none of us see) and part “throw mud at the wall, see what sticks.” There’s no argument that a backlash against big, all-encompassing social networks has pushed us into more private, smaller, more niche spaces (see: Yo), and obviously Facebook wants, and needs, to heed that demand. But instead of demonstrating that it too can create simple, single-purpose apps that don’t to be anything other than what they are, the social network comes off looking bewildered. Like it’s struggling with a personality disorder.

If it feels like Facebook and its messaging apps are a fragmented mess, that’s because they are—but this is calculated chaos. More apps translates to more opportunities for marketing, for penetrating different markets, and for advertising. And if you look at the numbers, this all adds up very nicely: 58 percent of American adults own a smartphone, and 67 percent regularly check for messages and alerts. Most “mobile addicts” are loyal messaging app users, helping social and chat apps increase their share of the app market. Texting continues to be one of the biggest uses of smartphones (and it just keeps growing), and you can naturally deduce that messaging apps are benefitting from this predilection as well.

To summarize: There are more smartphones than ever, with more people using them, and messaging continues to be one of the main reasons why. Pair all that with the fact that we are more likely to use mobile apps than mobile browsers, and the plan to create as many messaging apps as possible makes total sense.

But why not house these separate entities under the same Facebook banner? Why not open up Facebook and see icons for these options? Well, Facebook tried something sort of like that called Home, and it didn’t work. IPhone doesn’t allow applications like that to take over a UI, and it was only available on two Android phones. Oh, and it didn’t work.

Also, if you did open up Facebook and there were icons for these five messaging apps, how would you pick one? Or maybe you would just pick one and stick with that, as opposed to downloading this thing and that thing and hey, your mom has this one so you’ll need it, and someone sent you an Instagram Direct so sure, go check that out. Spreading things out and moving them apart gives Facebook better odds of driving you to them.

WhatsApp most recently announced it has 500 million users; Messenger has 200 million. Instagram Direct, though not a breakout success, has been used by 50 million users at least once. Really, Facebook won’t shed a tear (except maybe a few in the name of pride) if you never open Slingshot or Bolt. The messaging app market (as Facebook is creating it) might feel messy and fragmented to us, but app growth is a numbers game. And it’s one that Facebook is well-positioned to play.