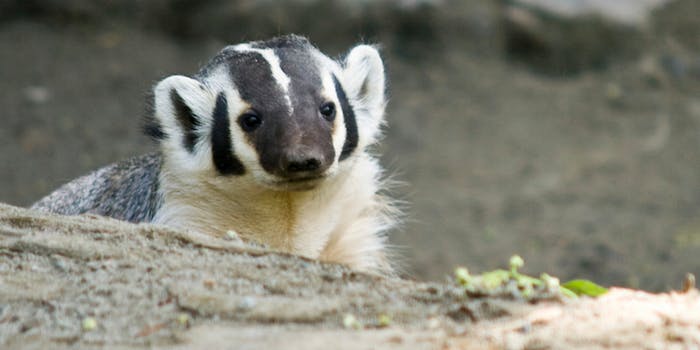 The Electronic Frontier Foundation is attempting to enforce Do Not Track requests with its own browser extension.

Nearly a year after Edward Snowden first went public with his damning information about secret U.S. surveillance programs and sparked a national conversation about online privacy, people are still looking for ways to secure their information from prying eyes online.

Now, the Electronic Frontier Foundation is offering up a method to help keep third-party entities from tracking users on the Web.

This week, the EFF released an alpha version of Privacy Badger, a Firefox and Chrome extension that can automatically detect and block spying ads online.

Billed as an “answer to intrusive and objectionable practices in the online advertising industry,” Privacy Badger is a means of forcing duplicitous Web advertisers into abiding by the wishes of Internet users who request not to have their online activity tracked by cookies.

For years, users have had the ability to apply “Do Not Track” settings in their browsers. But ultimately, it’s been at the discretion of the advertisers themselves to make sure these requests are honored. But EFF says Privacy Badger leaves the choice to users.

“When you visit websites, your copy of Privacy Badger keeps note of the ‘third-party’ domains that embed images, scripts and advertising in the pages you visit,” the EFF said in a statement. “If a third-party server appears to be tracking you without permission, by using uniquely identifying cookies to collect a record of the pages you visit across multiple sites, Privacy Badger will automatically disallow content from that third-party tracker.”

Privacy Badger is still in very early alpha testing. That means it’s not quite ready for mass consumption, as there will likely be plenty of bumps and bugs along the way. One challenge will be distinguishing third-party domain providers who engage in deceptive advertising practices from those that are critical to the functionality of certain Web pages. These third-party domains are used for things like embedded maps, images and fonts. The EFF says Badger will hopefully allow such domains to connect while screening out tracking cookies.

Privacy Badger will not, however, keep you completely private online. The add-on only blocks third-party tracking right now, not first party ones. That means Privacy Badger is useless against Facebook and Google tracking cookies when using those sites. And Facebook and Google are among the companies most cited when people voice privacy concerns about online advertising. For example, Google is currently embroiled in lawsuit and recently updated its terms of use over its practice of scanning emails for marketing purposes.

There are similar plug-ins currently available, like Ghostery and Abine’s DoNotTrackMe. EFF’s Peter Eckersley told the Daily Dot he hopes Privacy Badger will be distinguished from other services by its intuitive user settings and independence from advertisers.

“In our testing, none of the other services are configured by default to do what the user probably wants, which is block all the privacy-intrusive things in a way that tries to break as little of the Web as possible,” Eckersley said. “Ghostery, for instance, is actually run by an advertising company, and its default behavior is just to show that trackers are there without blocking them.”

But Privacy Badger isn’t just about walling off advertises. The EFF hopes to effect change among the industry. The foundation has said it is will unblock advertisers if they “make a strong commitment to respect Do Not Track requests.” This, Eckersley said, is the only way to ensure that Do Not Track becomes a meaningful online policy.

“As the Do Not Track negotiation process began running into trouble, we concluded there might be no way to get privacy for Internet users other than being willing to block the ads that were doing the spying,” he said.