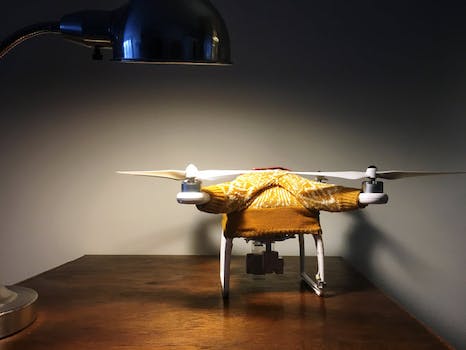 These $189 drone sweaters make our surveillance state warm and cuddly

Drones get cold, too.

For all their technological wonder, drones are still cold plastic and metal. That potentially makes them ill-suited for harsh winters, but San Francisco designer Danielle Baskin has a solution: Drone Sweaters. 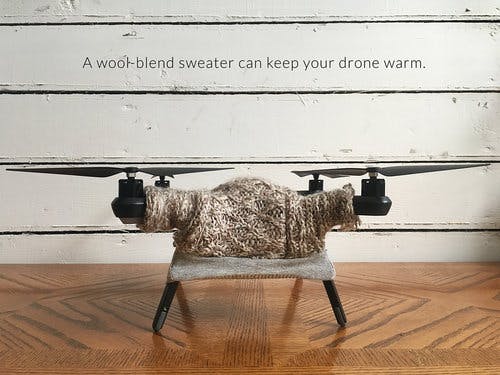 These custom-tailored sweaters are one of a kind and made just for your drone. They don’t just look sharp. They make your drone feel warmer. Just ask Danielle.

Do drones need clothes? While this may at first appear to be a light concern to those who would scoff at the idea of dressing a drone, there are still many drone owners who have seen their drones shiver violently after exposure to winter temperatures but hesitate to put clothing on their drones for fear of appearing odd. Well, have no fear. If you are concerned about your drone being cold, there is certainly no harm in putting clothing on them.

You may find yourself saying, “This is ridiculous. Drone have a protective coating.” Danielle has an answer for that, too.

If you are still on the fence, consider this: Sure, drones come equipped with their own external layering system, but some drones have lighter layers of plastic than others, and some are not suited to the environments in which they find themselves transplanted. So your drone may in fact be extremely uncomfortable with the winter temperatures — as uncomfortable as you would be if you went outside without clothing.

It’s hard to argue with that logic. Check out some of the incredible sweaters Drone Sweaters have made already below. If you’d like to order a sweater for yourself or a friend, you can do so here. It’ll set you back $189.

We hope if the surveillance state ever truly starts using drones in a regular policing capacity, they’ll at least have the decency to make little police uniforms for them. 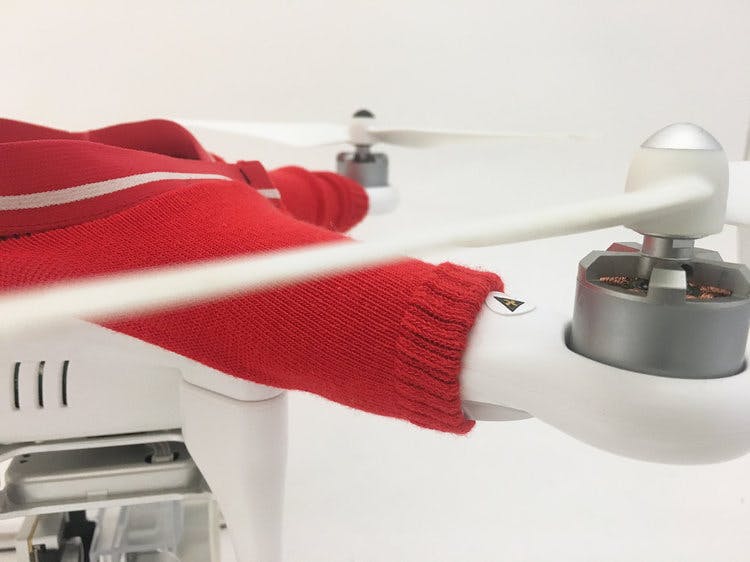