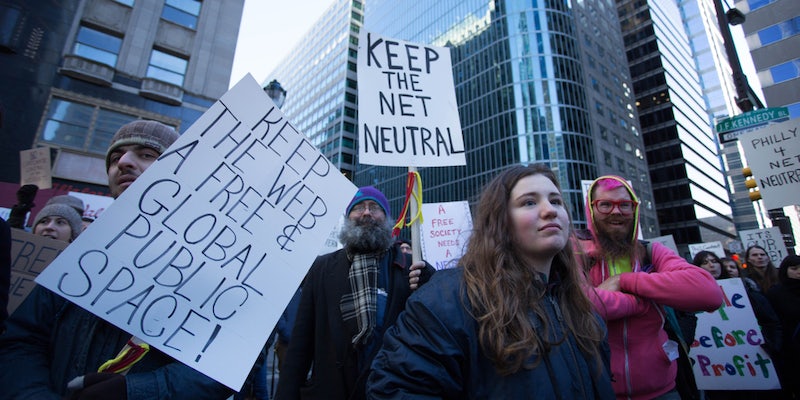 The news comes as the Senate has failed to advance the nomination of Gigi Sohn.

Leading tech advocates on Capitol Hill are planning to introduce a bill that would reinstate net neutrality on the internet, according to a report from the Washington Post.

Sens. Ed Markey (D-Mass.) and Ron Wyden (D-Ore.), along with Rep. Doris Matsui (D-Calif.) will reportedly introduce legislation that will restore Title II authority over the internet, allowing the Federal Communications Commission (FCC) to regulate it more stringently, as the government does with other public utilities.

If Congress were to codify net neutrality, telecom companies could be punished for blocking and throttling internet use by the FCC, which would also be freer to help foster competition in the space, potentially allowing for cheaper prices and faster speeds.

The news comes as the Senate has failed to advance the nomination of Gigi Sohn to be the FCC’s final commissioner. Her nomination is still languishing in the Senate, despite passing out of committee months ago. A fully staffed FCC was expected to reinstate net neutrality, but Biden has been unable to break a 2-2 deadlock at the agency by getting Sohn approved.

Markey, Wyden, and Matsui’s bill would bring back the FCC’s authority to regulate the internet. Those rules, first established in 2015, were repealed by then-President Donald Trump’s FCC in 2017, a charge led by then-Chairman Ajit Pai.

In the years since, the repeal has been beset by legal troubles, as it was challenged in a major case. The courts agreed the FCC’s repeal was legitimate but allowed for states to make their own regulations. A California bill that was more strident than even the original regulations eventually won its own series of legal victories, paving the way for it to be implemented.

With the 2022 midterms looming in November, the trio’s bill faces a short timeline to pass through the Senate and House, as it’s unclear if Democrats will maintain control over either chamber.

If Democrats lose the Senate as well, it’s possible Biden could even be forced to nominate another person for FCC commissioner, as Republicans have been adamantly against seating Sohn.