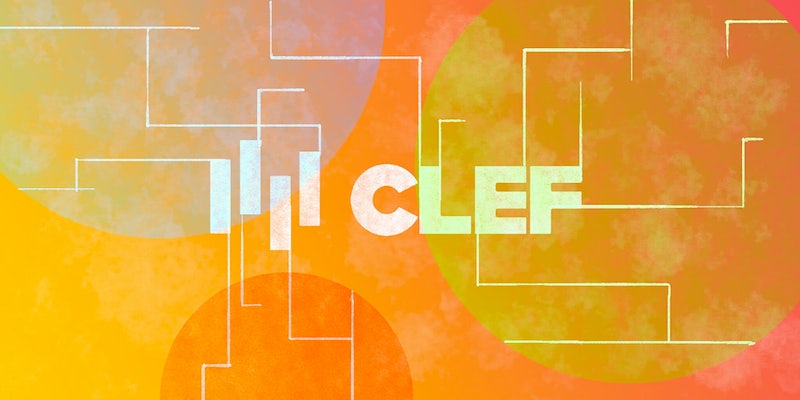 It's a starter kit for HR policies that can make startups more diverse.

Silicon Valley is full of companies with opaque hiring and human resource strategies, which is often cited as a reason for a lack of diversity at tech firms. But one startup is changing the rules and allowing the public to see, and potentially implement, radically inclusive policies.

The solution to the Valley’s “white brogrammer” reputation might be as simple as asking for everyone’s opinion.

At Clef, an Oakland-based security startup, diversity has been, and always will be, a top priority for the people who work there.

To help other startups understand why and how to focus on inclusion, not just in hiring but a multitude of practices within the company, Clef open-sourced its policy handbook for seed-stage companies on GitHub.

Clef is still a very small company; just seven people total work in the downtown Oakland office. Half of the people writing code are women, and assuming that number stays the same or relatively similar as the company grows, a workforce of 50 percent women engineers will be an almost unprecedented ratio in tech companies.

“A lot of people keep saying to me, ‘You should wait until you’re bigger to start thinking about this,’” Clef CEO and founder Brennen Byrne said in an interview with the Daily Dot. “But, we really believe that if you don’t get it right to start, it’s really hard to correct later.”

Focusing on inclusion throughout the life of a company is important not only to fostering a positive culture; it impacts the bottom line. Google experienced firsthand how relying on one way of thinking can ruin a product. When the company first rolled out the iOS app for uploading video to YouTube, 5 to 10 percent of the videos were uploaded upside down because the company’s almost exclusively right-handed developer team didn’t consider the needs of southpaws.

Some of the major differences you’ll see between Clef’s documents and other companies’ practices are obvious: Paid equal parental leave (12 weeks of paid leave after the birth or adoption of a child, no matter your sex or gender), not offering salary negotiation that favors people who are good at negotiating, and salary and equity transparency across the company. Others, however, are more subtle, like emphasizing company values in the initial 30-minute interview to see whether or not the potential team member is a good fit.

Byrne said he hopes other startups will adopt these documents and apply them to their own companies. Though it won’t necessarily be a broad copy and paste scenario because companies’ missions and values and names will be different, the comprehensive handbook is a great place to start for people who want to make diversity and inclusion a tenant of their company, not just an afterthought.

“We were doing a lot of research and other people who wanted to make an inclusive culture could benefit from that research,” he said. “If we put our work out there, other people can use it.”

Because of the emphasis on diversity hiring in the beginning, Byrne said scaling it is a self-fulfilling exercise. For instance, because 50 percent of the team’s engineers are women, the pipeline of candidates is also 50 percent women. It’s a lot of work, he said, but when you focus on inclusion in the early stages of your company, it becomes engrained in the culture as the company grows.

“It gets so much harder when 30 dudes who are all engineers to try and recruit the first woman on the team, whereas when our team is more balanced, it’s a more appealing place to work for folks who see themselves represented,” Byrne said. “It makes it easier for us to do the things we want to do longterm.”

In order to ensure a diverse pipeline of talent, Clef uses nontraditional recruiting methods to get resumes from people from different backgrounds. Instead of typical sites like Stack Overflow, a popular site for technical jobs that tends to be quite homogenous, Clef is mindful about finding talent pools with candidates who look different from them, including being involved in local Oakland organizations.

One of the ways Clef tries to engage with the local community is its weekly dinner that’s open to anyone who wants to join. Called Clef Cooks, the company hosts a dinner each week, both for meeting and making new friends, and potential talent, in the Bay Area. I’ve attended two Clef Cooks events, and each time I met talented engineers and technologists with stories that underscored the lack of diversity and misunderstanding of inclusion at tech companies in Silicon Valley that you just don’t find at Clef.

The past couple years of intense scrutiny around tech inclusion have taught us it’s extremely difficult to change the structure of a company once a certain culture is cemented in place.

Earlier this year, Apple released its federal diversity data, highlighting efforts made to further minority representation in the workforce one year after promising significant change. One year did very little to change the numbers—the number of women in the global workforce increased just one percent to 31 percent, Hispanic representation stayed the same at 11 percent in the U.S., while the percent of black employees increased one percent to 8 percent in the U.S. The overwhelmingly white workforce made up 54 percent of the company.

“Trying to correct this stuff at a late stage of the company is maybe impossible, but definitely really hard,” Byrne said.

Because the policies are open-source, anyone can adopt the policies within their own companies, or suggest changes. Byrne acknowledges that even though he had the support from people like Ashe Dryden and human resources consultant and employment lawyer Angel Lewis, someone from a different background could look at the policies and feel left out. He strongly encourages people to offer their feedback, particularly through pull requests on GitHub.

Clef faces some risk to opening up the company policies for all to see. The transparency around salary and equity, for instance, could be discovered by a recruiter looking to poach a potential employee, and could offer more in benefits or money than what Clef pays.

“There are some parts that make me really nervous about it,” Byrne said. “One of the documents in there is our salary and equity guide, which talks about how we set salaries, and who gets paid what at Clef which is really sensitive information, and could potentially be used against us.”

The benefits of open-sourcing policies far outweigh the potential for shady practices, however. And Byrne said many companies are looking forward to adopting Clef’s policies now that they’re available for anyone.

“I’ve talked to a lot of founders as I was going through the process,” he said. “I would say there are 10 startup founders or CEOs who have asked me for this.”

Thanks to Byrne and the Clef team, other startup founders now have a starter kit for making diversity just as much of a priority as funding or user acquisition. With thoughtful consideration, typical Silicon Valley diversity numbers can begin to change—right from the beginning.