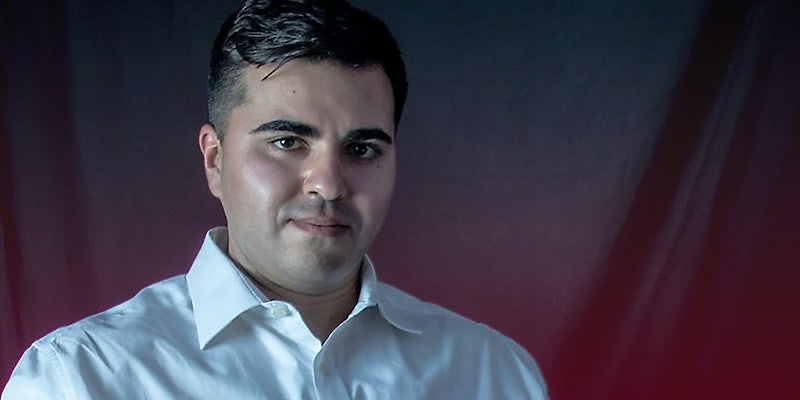 The man formerly known as the ‘Cuban Confederate’ is seeking office—but is he really reformed?

Christopher Monzon says he's changed since his League of the South days. Others aren't convinced he ever really left.

A Florida man with a history that includes belonging to a white nationalist organization that advocates a second Southern secession, using racial slurs, and getting arrested while protesting that streets named for Confederates shouldn’t be changed, is running for public office in South Florida. And he just might win.

Christopher Monzon, a city council candidate in the Miami area, acknowledges his checkered past. But Monzon, aka Chris Cedeno, says he’s changed his mind and his ways since then. He claims he resigned from the white supremacist League of the South three years ago and says he regrets using slurs for Black and Jewish people. While he says his views on race have changed, Monzon insists that he is not now, nor has he ever been, a white nationalist.

Representatives from the League of the South, founded in 1994, have a well-documented history of making racist statements, including long before Monzon joined and during his membership. The Southern Poverty Law Center (SPLC) reports that the organization’s leadership has praised slavery for improving the lives of Black Americans, decried the “Browning of America,” claimed “powerful Jews” oppose whites expressing their identity and support others doing the same as a way to “weaken whites,” and more. Many of these statements came while Monzon was a member.

Monzon says he resigned in 2018 after roughly five years of membership.

Reviews of Monzon’s social media account history call into question just how much he’s extricated himself, however. He admits to belonging to a Telegram group comprising other Confederaphiles and says he’s a proud member of Save Southern Heritage Florida. A recent post on the Facebook account he created in April was liked by eight people—four of whom have the same names (though one inverts the order of their first and last name) as publicly identified members of the League of the South. A fifth sells Confederate memorabilia, according to their Facebook account.

His present views may be up for debate, but Monzon’s past isn’t.

Monzon was once one of the most visible and vocal members of the League of the South in Florida. He was a fixture at protests over Confederate monuments and streets. For several years, images of him waving Confederate flags littered the internet, including several on the group’s website.

People were fascinated by the young Cuban-American who called anyone who wanted to remove a Confederate monument a communist and consorted with white supremacists. He became known as the Cuban Confederate or the Cuban Clayton Bigsby, the latter after Dave Chappelle’s same-named character, “the world’s only Black white supremacist.”

In 2017, the SPLC wrote a piece about “the grooming of Christopher Rey Monzon.” The American Defamation League identified him as an attendee of the 2017 Unite the Right rally and reported that he’d been arrested in Louisiana at a pro-Confederate monument rally that year. Of his August 2017 arrest, prior to which he reportedly referred to Jewish people as a “cancer on the face of the earth,” the Miami New Times reported, “White supremacist arrested for charging crowd at Hollywood Confederate street-name protest.” (According to court records, Monzon pled no contest to aggravated assault and received a withhold of adjudication; the other charges were dropped.) The month of his Florida arrest, the Miami Herald wrote a profile about Monzon: “He speaks Spanish, carries a Confederate flag and lives in Hialeah. Who is he?“

Not long after his 2017 arrests, Monzon seems to have stepped back, at least publicly, from the front lines of advocating for Confederate monuments and belonging to a neo-Confederate group that wants the South to secede again.

Today he’s reinvented himself as a mainstream Republican. His website says he worked on former President Donald Trump’s 2020 campaign and that he served as an executive committeeman for the Republican Party of Miami Dade County. He’s been endorsed by prominent local Republicans for his upcoming city council race in Hialeah, and says he currently serves as vice president of the Miami Springs Republican Club.

As to how he became one of the most prominent Floridians advocating for keeping Confederate monuments, Monzon claims that he started looking for a way to express himself politically at the age of 18. He says he’d grown frustrated by President Barack Obama’s administration and wanted to join a group that “would be solid and hard core as far as resisting federal overreach.” He found the League of the South online and soon became a member.

“They were a southern nationalist, pro-secessionist organization….” he told the Daily Dot. “I felt that I could defend the state of Florida against federal overreach.”

He insists he was ignorant of the League of the South’s racist ideology, and that the group wasn’t “overly racial” when he became involved. Monzon does admit to using racial slurs while he was a member. Screenshots of conversations Monzon had with others, which he did not deny the authenticity of, and which use the same phone number as that currently listed on his campaign website, show him using slurs for Black and Jewish people.

“I do not condone the usage of such language. While I might have used the language in the past, I no longer believe that using those slurs is acceptable.”

He’s open about belonging to Save Southern Heritage Florida, a group that’s sued to stop the removal of Confederate monuments and was once accused of doxing more than 100 of its opponents. He told the Daily Dot he still disagrees with tearing down Confederate monuments, including Nathan Bedford Forrest, the first Grand Wizard of the Ku Klux Klan, on the grounds that it amounts to erasing history.

Even as Monzon works to rebrand himself, some aren’t convinced. They believe his efforts are disingenuous.

As evidence, they point to Monzon still associating with people who express the same and similar views as his old white supremacist friends.

On Feb. 25, Monzon joined the Dixie Discussions Telegram group as Narciso López. Chat in the group includes countless examples of racist language and homophobia. Every day, someone posts a link to an article on Identity Dixie’s website. SPLC describes Identity Dixie as a “neo-Confederate hate group.”

The day Monzon joined the group, a member posted a link to an article which claimed, “There’s a very small percentage of capable blacks who can be utilized as plutocratic functionaries” and referred to the civil rights protests sparked by George Floyd’s murder as the “2020 Summer of Carnage.”

When the Daily Dot asked about his membership in Dixie Discussions on Tuesday, June 15, Monzon at first denied he was Narciso López, but quickly backtracked and admitted it was him. “If that account’s still there, it’s totally inactive,” he said. He most recently posted there on Sunday, June 13.

Hours after the Daily Dot spoke with him, Monzon left Dixie Discussions. Soon thereafter, an admin posted this warning: “Gentlemen, this is a comment group for a channel with Southern centric topics and points of view. That said it is a ‘public’ group and anyone can see post. If you post, do  NOT post specifics about yourself because the left loves to cast us as people who hate.”

In a follow-up conversation via email, Monzon didn’t deny posting on Dixie Discussions. He also didn’t respond to a question about whether he’d informed an admin that a reporter had asked about his membership. Instead, Monzon described the Daily Dot as “a left-wing propaganda machine that parrots the same narrative as CNN and the Miami Herald” and told a reporter to enjoy writing a “hit piece” about him.

The internet has long been fertile ground for extremist and hate groups to recruit members. Many are just like Christopher Monzon: young, passionate men looking for somewhere to belong and have a voice. Even if, as Monzon claims he’s done, they later cast off their extremist views, their prior deeds and statements may follow them and potentially inhibit their future. Monzon, who’s seeking office in one of the most conservative cities in the United States, doesn’t seem to be having this problem.

“I was a young, impressionable man. I wasn’t really thinking of my future, the consequences at the time,” Monzon said of his past. He says he doesn’t regret joining the League of the South, but does lament that the group has chosen a “hateful ideology.”

“I believe that it’s destructive and counterproductive to focus solely on race.”